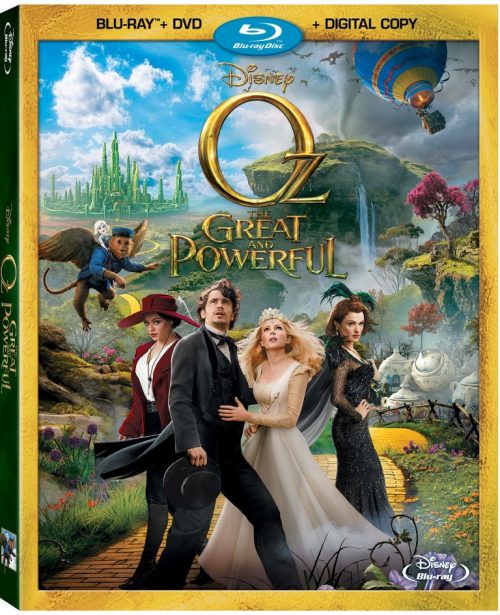 When Oscar Diggs (James Franco), a small-time circus magician with dubious ethics, is hurled away from dusty Kansas to the vibrant Land of Oz, he thinks he’s hit the jackpot. Fame and fortune are his for the taking.

That is until he meets three witches: Theodora (Mila Kunis), Evanora (Rachel Weisz) and Glinda (Michelle Williams), who are not convinced he is the great wizard everyone’s been expecting.  Reluctantly drawn into the epic problems facing the Land of Oz and its inhabitants, Oscar must find out who is good and who is evil before it is too late.

Putting his magical arts to use through illusion, ingenuity and even a bit of wizardry, Oscar transforms himself not only into a great wizard but into a better man as well.

When Oz the Great and Powerful trailer first came out it looked like such a fun movie. With four little boys at home all under the age of seven, the first question I had as a parent was if this movie would be appropriate for young children.

The film is rated PG but I knew the storyline might portray some intense scenes from the witches and flying monkeys that are part of the world of Oz. My husband and I decided to watch it ourselves first and see what we thought before introducing the film for movie night.

I will warn you, I do talk about the plot and storyline to a degree below so keep that in mind if you don’t like any type of spoiler.

The introduction of the movie starts in you in a black and white world in the states following a shady magician as he tries to woe some of the ladies. It was an interesting introduction for adults, but young kids wouldn’t be enthralled with the story through the beginning and even the magic acts lack a lot of awe to draw them in and get them interested in the story.

A bit into the movie the tornado strikes and this scene is very loud and might be scary and certainly confusing for young kids. Next, you are taken into the amazing and beautiful world of Oz!

Once you enter this part of the movie there is so much imagination, color, and slew of interesting characters that kids will really love the world that was created! There are a few parts through the storyline that might cause a few jumps and the witch and flying monkeys can be a bit intense.

I think this movie is ideal for ages 10 and up and for younger children that may not mind loud or intense scenes. Children under six will likely be scared at many of the action scenes that take place.

Still, this can be a fun movie to enjoy with your kids if you pass by until after the tornado hits and skip the scene with the flying monkeys and you’ll still be able to catch the bulk of the storyline with even your youngest children. 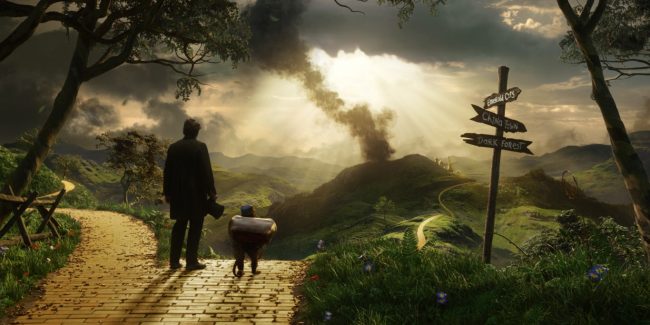 Did we enjoy the movie? Absolutely! I felt like Oz the Great and Powerful was made to try to impress a 3D audience at some of the parts but it was still really great to watch just on blu-ray without 3D and the gorgeous scenes made you feel like you were right there with the cast. I really loved the magician Oscar, or “Oz”, ability to think on the spot and create illusions to solve the conflicts in the story.

The story of Oz the Great and Powerful introduces you to the three main Oz characters – the three witch sisters. Disney has shared some of their original sketch art on dreaming up how these sisters should look as well as a picture of their character from the movie.

Each of the characters was represented so well throughout the film that I thought I would share these pictures with you. Since their names are unique and felt pretty similar it was easy to get each of the sisters names confused. 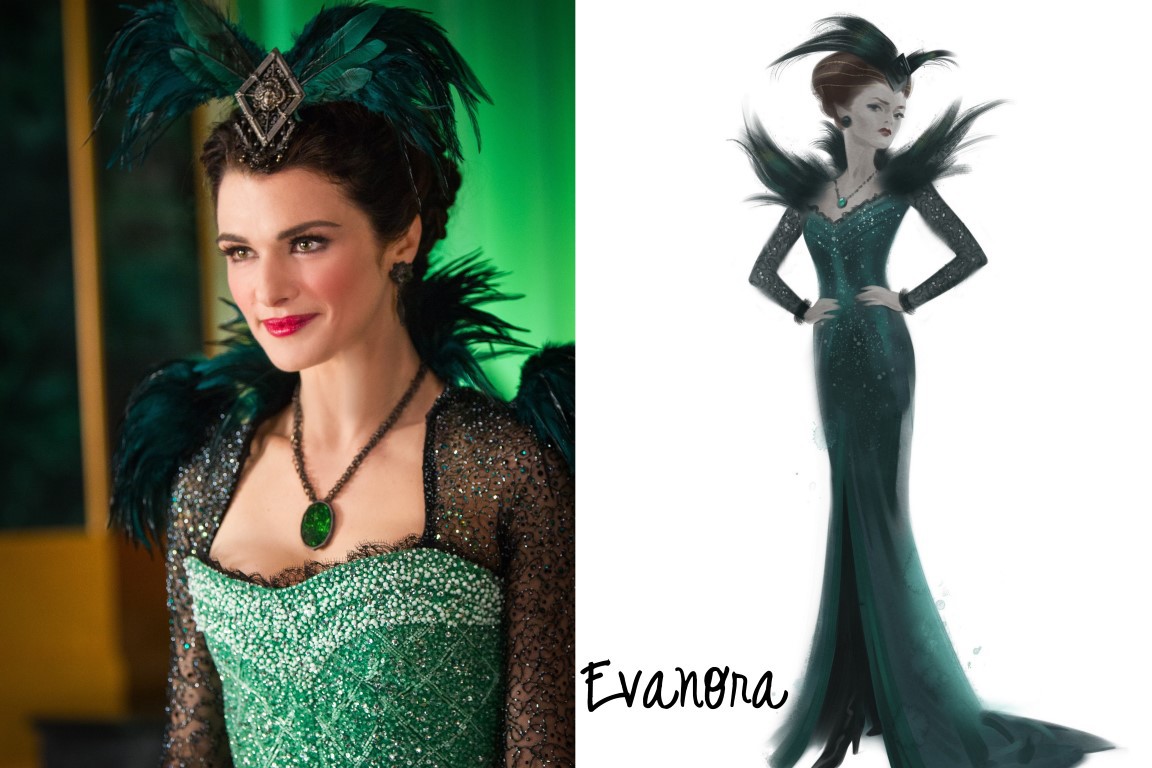 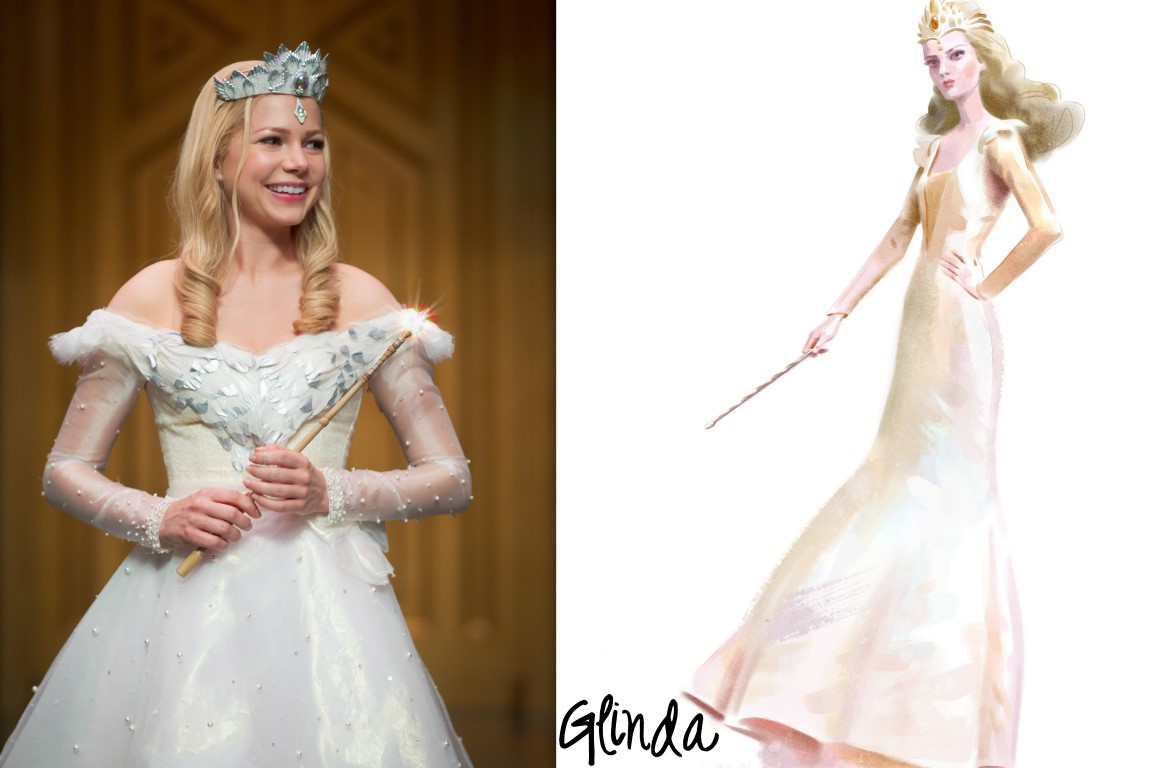 Which is your favorite of the three witches?

I received a copy of Oz the Great and Powerful blu-ray combo pack in exchange for this post. The opinions expressed above are my own. Any claims should be verified on the sponsor’s site.

My favorite is Glinda.

I think anything that stimulates someone's imagination is fine...including OZ. Thanks so much for the opportunity to win.

I think Oz if fine for kids to watch and I like Glinda the most.