When I was a senior in High School, I was cast in one of the most memorable musicals I have ever been in..Into the Woods. In that production, I played the Baker’s Wife, a woman longing for a child that goes on an extraordinatry adventure to lift the curse preventing her from fulfilling her dream. I fell in love with the amazing music of Stephen Sondheim, and as an adult was privileged to be able to sing it again, in another production…this time as Rapunzel.

I received admission to Into the Woods in exchange for this post. All opinions are my own. 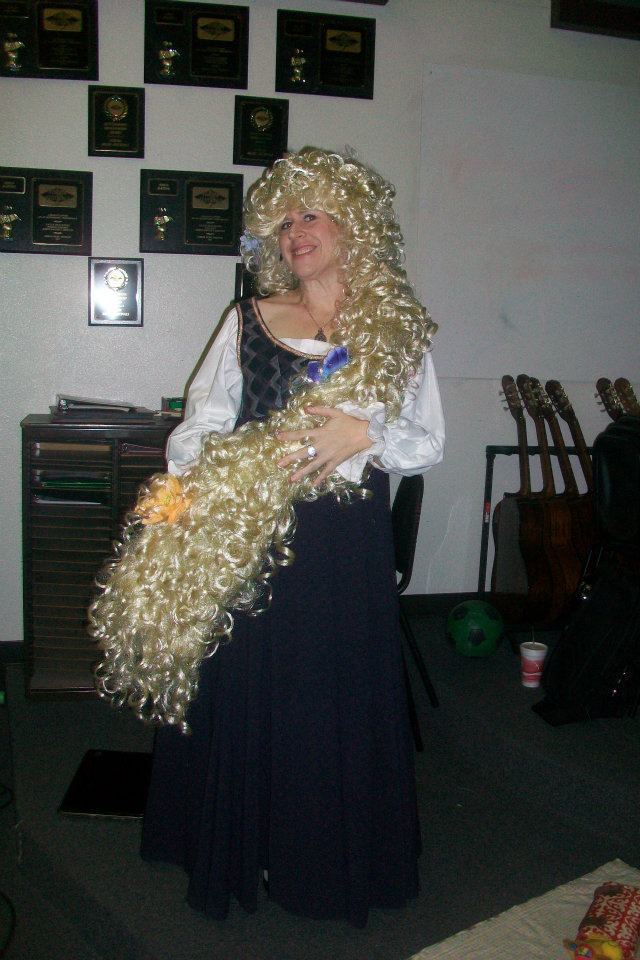 The news of Into the Woods being made into a movie rocked the theater world. We were (as Little Red sings) both “excited and scared.” Would the movie do justice to the amazing Stephen Sondheim masterpiece?

“Into the Woods” is a modern twist on several of the beloved Brothers Grimm fairy tales, intertwining the plots of a few choice stories and exploring the consequences of the characters’ wishes and quests. This humorous and heartfelt musical follows the classic tales of Cinderella (Anna Kendrick), Little Red Riding Hood (Lilla Crawford), Jack and the Beanstalk (Daniel Huttlestone), and Rapunzel (MacKenzie Mauzy)—all tied together by an original story involving a baker and his wife (James Corden & Emily Blunt), their wish to begin a family and their interaction with the witch (Meryl Streep) who has put a curse on them.

Rob Marshall, the acclaimed filmmaker behind the Academy Award®-winning musical “Chicago” and Disney’s “Pirates of the Caribbean: On Stranger Tides,” directs the film, which is based on the Tony®-winning original musical by James Lapine, who also penned the screenplay, and legendary composer Stephen Sondheim, who provides the music and lyrics. Produced by Marshall, John DeLuca, “Wicked” producer Marc Platt and Callum McDougall.

Let me first say….I loved the movie. I loved being able to see this musical come to life. I was a bit disappointed that some of the music was not included, but honestly the movie would be just too long. I have high hopes for a Director’s Cut of the footage that wasn’t able to be included. I was thoroughly impressed by the casting.

Meryl Streep was breathtaking and Chris Pine…well I could just watch him for hours. It really is a great movie musical! I’ve already added the soundtrack to my cleaning the house playlist. Be warned though….these fairy tales don’t end the way you think they do!

In the movie, Cinderella’s Stepmother gives Cinderella a challenge:

I have emptied a pot of lentils into the ashes for you.
If you have picked them out again in two hours’ time,
you shall go to the ball with us.

In honor of Cinderella’s ingenuity using birds to pick up the lentils, we made this easy Lentil Soup recipe in the slowcooker.

Combine items in your slow cooker. Cook on low for 8 hours. Stir before serving.

Lentil soup is extremely filling and really inexpensive. It’s a perfect meal to fill up bellies on a cold day! Pair it with a yummy bread and salad and you will be stuffed!

Are you going to see Into the Woods? Have you had lentils before?

I always love the pics! Any way I can convince my kids to eat vegetables is a path worth seeking.

JANUARY IS SOUP MONTH: 26 Soups Recipe Roundup For You And Your Family! - Saving Mamasita

I love a good lentil soup recipe and this one sounds good.

I love soups with lentils and lots of veggies!! Great for your health! Thank you for the recipe!

I love hearty soups for the winter - the lentil soup sounds perfect! I'm excited to see the film because I think the cast is great.