I received Mattel’s Disney PLANES Pilot Pals Dusty Crophopper Remote Control Plane in exchange for this post. All opinions are my own.

Disney’s Planes, is a high-flying new adventure starring Dusty, a big-hearted, fast-flying crop duster who dreams of competing in the most exhilarating around-the-world air race in history. Dusty does have a few problems though, he is not built for racing, and he is afraid of heights! 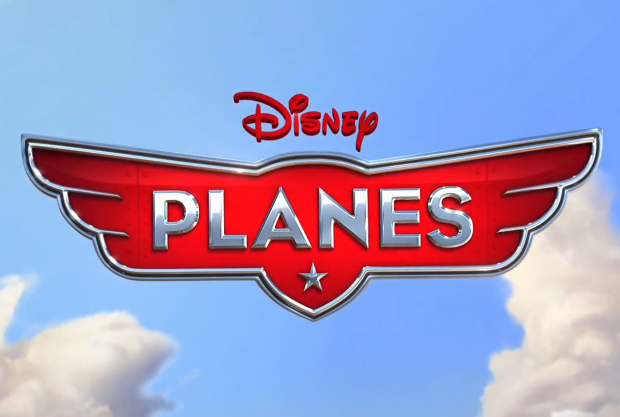 With the help of a mentor named Skipper, Dusty qualifies for the big race. Even though his enemies will stop at nothing to see him fail, with the support of his friends, and a tremendous amount of courage, Dusty can reach heights he didn’t know were possible.

After taking our almost 3-year-old son to see Disney’s Planes, we had a talk about courage. We asked him what he thought the word meant. He had never heard the word before but we explained to him that it is like being brave. He told us that being brave is doing something that makes you nervous or afraid, like going into a room with no lights, or flushing a noisy potty at the store. (Can you tell we just potty trained?) We talked some more about times we need to brave and that we can help friends and family be brave by supporting and helping them when they need it, just like Dusty’s friends helped him in the movie.

My little pilot loved Planes and was thrilled to try out Mattel’s Disney PLANES Pilot Pals Dusty Crophopper Remote Control Plane. It is unlike any remote control plane I have ever seen! It has a manual mode and an automatic mode. By pressing the button on the top of Dusty he wheels around on his own. His wings move up and down like a real flying airplane and he says fun phrases from the movie. 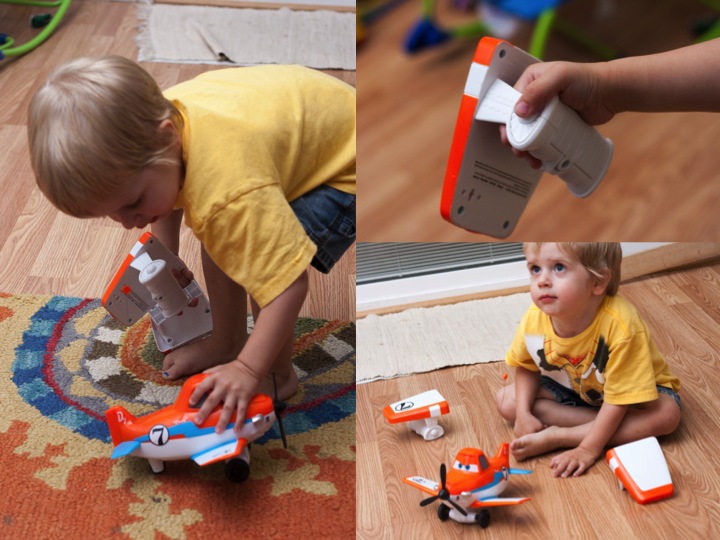 To activate manual mode, your child slides their hands into the controller wings and imitate the flying motion of a plane while pressing a button on one of the controllers. Dusty mimics their movements and flies around with them while saying phrases from the movie. My son has a blast running around the house with Dusty! I love that he can control the plane on his own, but that my 1-year-old can play with it as well without the controllers. One of my favorite features is that you don’t have to manually change from one mode to the other. By pressing the button on the controller or on the airplane it automatically switches over. It also has an on/off switch.

When asked where he was flying during his trial run he said, “I’m going to Nana’s house then to Disneyland!” If you have not had the chance to see Disney’s new high-flying adventure, find a theater near you showing it, me and my husband loved it too!

Mattel’s Disney PLANES Pilot Pals Dusty Crophopper Remote Control Plane can be found on Amazon or at local toy retailers near you. It has an approximate retail value of $39.99