I received complimentary admission to the Ender’s Game screening as a member of the press. Opinions are my own.

There’s a new hit movie out that you won’t want to miss. Ender’s Game, based on the novel with the same title by Orson Scott Card, will take you on a battle to save the Earth from an alien species. You might be thinking, that storyline has been played already why see another one. However, this story follows the training of a group of children as they learn how to battle and understand the rules of space. The premise is unique and it’s story draws you in.

I love to read, but I have very limited time and haven’t had the opportunity to read as many books as I would like to. Ender’s Game is one of the books I have read, though, and can remember really loving the book and being drawn into the story. When I heard that the book was being made into a movie I couldn’t wait to see it! I knew it would be action packed and a great story for the big screen.

I was able to go to the screener of Ender’s Game and it absolutely did not disappoint. It was funny, quick paced, filled with action, and pulled on your heart strings too. It had everything a good movie should have. Would I recommend the movie? Absolutely! Whether you’ve read the book or not, this is a must see movie! 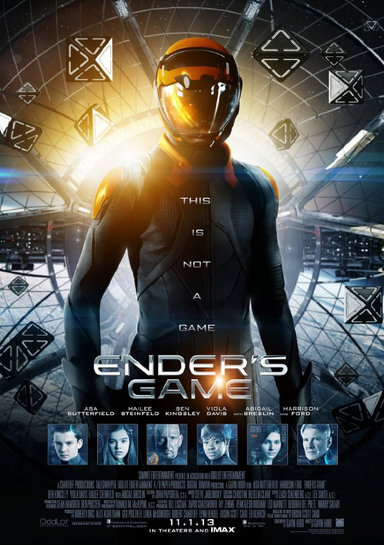 Ender’s Game is in theaters now! Don’t miss your chance to see it on the big screen!

Here’s the official synopsis, so I don’t ruin the plot!

The International Military seek out a leader who can save the human race from an alien attack. Ender Wiggin, a brilliant young mind, is recruited and trained to lead his fellow soldiers into a battle that will determine the future of Earth.

Watch the trailer of Ender’s Game!

I received complimentary admission to the Thor: The Dark World screening as a member of the press. Opinions are my own.

After watching the Avengers again recently, I told my husband I was excited to see another movie featuring Thor.  My wish was granted with the release of Thor: The Dark World.  Of course, my husband feels that the only reason I like Thor is because of Chris Hemsworth.  He’s only partially right, I also love the action! 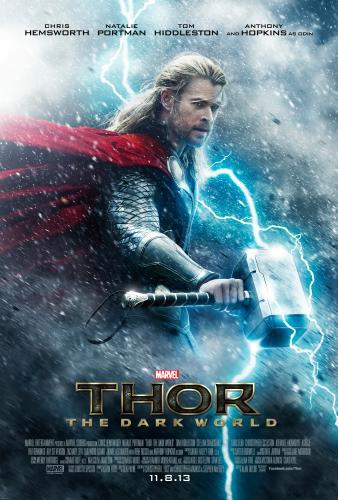 Here’s what it’s about:

Marvel’s “Thor: The Dark World” continues the big-screen adventures of Thor, the Mighty Avenger, as he battles to save Earth and all the Nine Realms from a shadowy enemy that predates the universe itself.  In the aftermath of Marvel’s “Thor” and “Marvel’s The Avengers,” Thor fights to restore order across the cosmos…but an ancient race led by the vengeful Malekith returns to plunge the universe back into darkness. To defeat an enemy that even Odin and Asgard cannot withstand, Thor sets upon his most dangerous and personal journey yet, forced into an alliance with the treacherous Loki to save not only his people and those he loves…but our universe itself.

I loved Thor: The Dark World.  It was action packed. I also loved the inclusion of everyone’s favorite Loki.  He is just one of those characters you can’t help but love.  I also loved that Christopher Eccleston played the villain Malekith.  The geek girl in me gave a squeal when his name popped up in the credits, you never forget your first Doctor.  Thor: The Dark World has amazing effects and jaw dropping action sequences.  And, don’t forget, it’s funny!  It’s the perfect date night movie.  Your guy will be happy and so will you.

Thor: The Dark World is in theaters right now.  By Thor’s Hammer you must see it now!

Check out this clip from the movie!