My 8 year old has recently started asking for a cell phone. There really is no reason that she wants one other than being like her older siblings. My son has a phone, but as a senior in high school,  it’s almost a requirement to have a phone. He is always needing to coordinate with me, especially since his schedule is just so hectic.

I was compensated in exchange for this post. All opinions are my own. 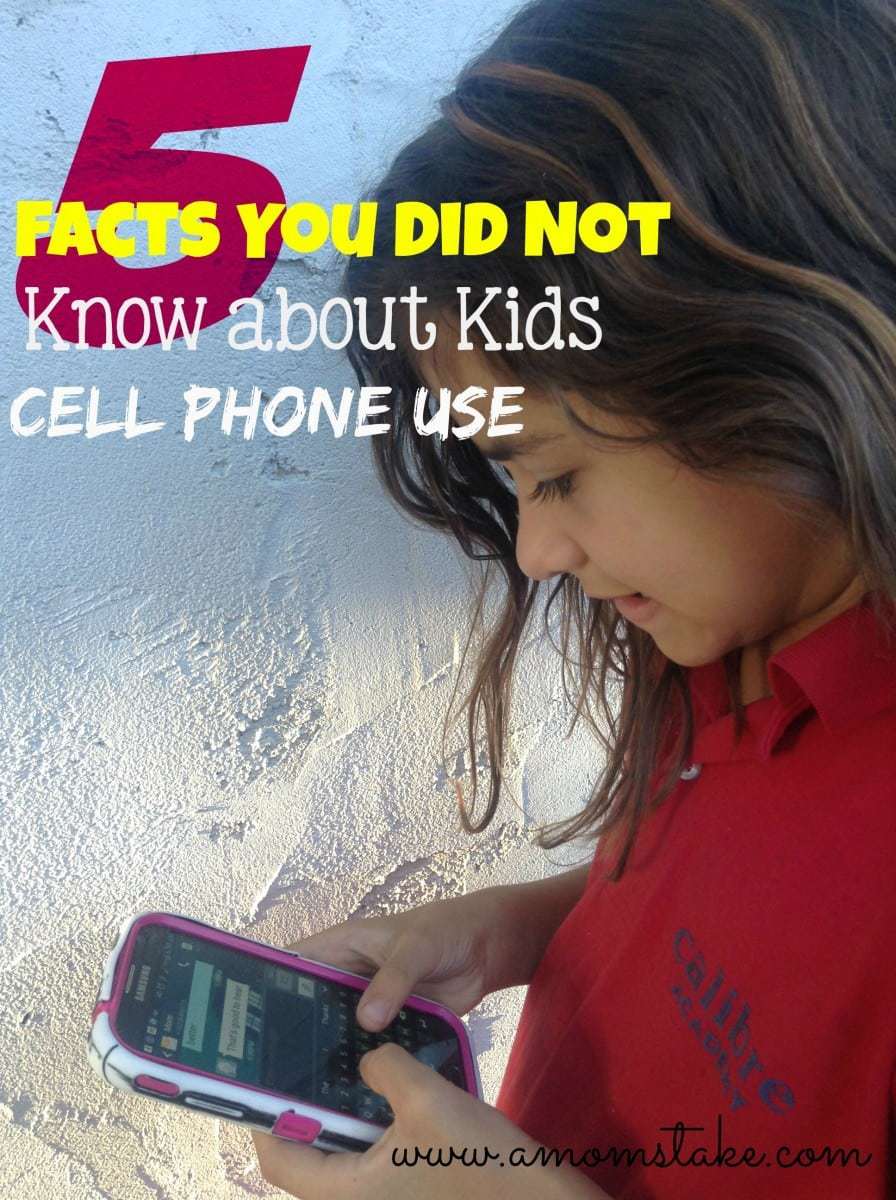 Now it seems like kids younger and younger have cell phones. It’s common place to see them being used by elementary school students.

Here are 5 Facts You Did not Know About Kids Cell Phone Use:

If you take a look around a group of preteens or teens, their faces are usually buried in their cell phones. That’s because 1 in every 3 teens sends more than 100 texts a day, adding up to more than 3,000 texts a month.

The debate seems to start early as kids seem to ask for a cell phone earlier and earlier. But, on average, kids are usually around 12 years old when they get their first phone. Although they may not have their own phones, over 20 percent of kids under the age of 8 know how to use their parents cell phones. I know this is true, my 5 year old can call her Dad using my phone with no issues.

Cell phones are often the only way that kids can access the internet. Kids use their phones to post on social media, watch movies, play games…basically to combat boredom. Strangely enough though, girls are the majority of mostly using their cell for the internet usage.

Safety is always the number one concern with parents. We seem to constantly hear about cyber bullying and internet predators attacking children using the internet. We want our kids to be safe, and it’s scary to think that almost 70 of youth admit to hiding their online activities. Cyberbullying impacts at least one out of every five middle and high school students, but many who experience it, don’t tell anyone, experts say.

Although cell phones were made for communication, with the invention of smart phones, cell phones can do so many amazing things.  The number one thing kids use their cell phones for is taking pictures. Kids seem to document everything about their lives, and having access to a great camera…literally in their pockets.

But, having these great devices at the tips of their fingers can also lead to an amazing over use of their devices. Before you know it, kids are spending more time with their screen instead of the real world. Researchers have concluded that excessive use of Cell phones can have many negative impacts on kids.

One study has concluded that excessive screen time for kids results in anxiety, sleeplessness and depression. It also results in lower grades and unhappiness among kids.

The thing that appeals to me is you can track what your kids are looking and how much. I also love that you can limit the time on each app. Very cool.

Sounds like a great app. My oldest is 10, thankfully he has not asked for a cell phone. When we do get him one this is good to keep in mind.

These are good to know. When it's time for my little girls to have a phone, I think it's better to give them an old school phone where they can only call or send a text message.

My kids are all begging for one!! I have been sticking to the no phone rules for them but it is starting to sound really convenient to get them one.

You have to protect your kids from the internet! There's a lot of stuff out there that can traumatize them!