I love Disneyland! It is so full of fun rides, things to see, awesome shops, packed with great food, and a perfect place to spend time together as a family! What better way to express all the fun we had then with loads of pictures!? 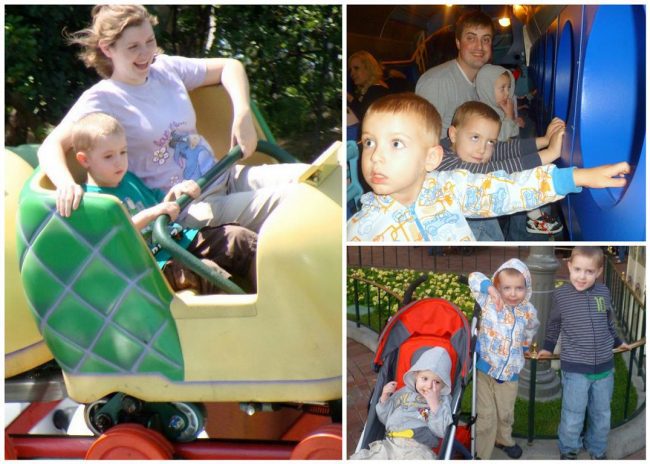 I’ve been to Disneyland many times during my life but this was only our second trip as a family, and my youngest son’s first time at the park. My 5 and 3 year old boys were at the perfect age to take them along with us to Disneyland! My 5 year old even got to ride on several of the “big” rides including Splash Mountain and Star Tours, which was really fun for him!

We all loved getting to go on some of our favorites that every one could go on like Peter Pan and Pirates of the Caribbean! This time, I got to go on a few rides I have never been on, which is crazy to think I had missed out on such great rides in the past!

The first of these was Haunted Mansion. I wasn’t sure if my little boys would be scared but they seemed to be a little young to get why some of the elements might be scary. The best part was the end of the ride when a “ghost” appeared right on top of my husband’s seat, sitting on him! My five year old couldn’t get enough of that!

The second ride I got to enjoy for the first time was the Submarine ride. This ride was so awesome taking you along the journey with the Finding Nemo friends and getting to see turtles, sharks, and really feel like you were going deeper and deeper under the ocean! Of course, we had to catch the fireworks as well, which is always fun for the kids! 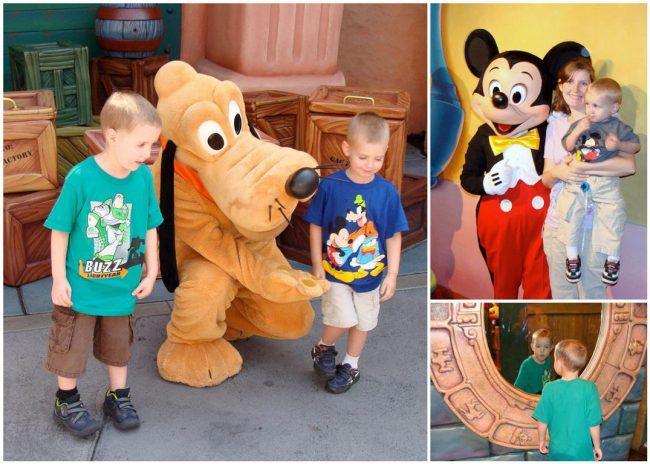 We didn’t take too much time out to try to catch all the Disney characters, but we did stop to see a few in Mickey’s Toontown. My kids love to watch Mickey’s Clubhouse show so they know all the Mickey and friend characters and were thrilled to see some of them!

My three year old didn’t act shy at all and gave pluto a hug, kiss, and even a high five! My 20 month old absolutely loved checking out Mickey’s house that had everything just about his size. My five year old thought the magic mirror was neat, too! I love the excitement you get to see in little kids eyes when their favorite characters come to life! 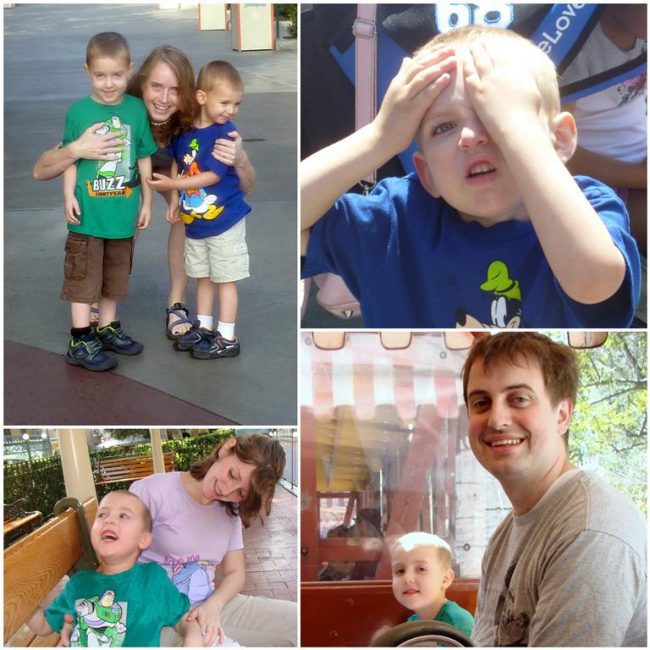 We had such a packed and fun filled day that it’s hard to express all the things we were able to do and see in just a single day. We arrived at the park as soon as it opened and even took a few hours break in the middle of the day for naps. This let us come back recharged and ready for more fun so we had NO crying kids by the end of the day.

We got to stay out late for the kids and it made for a wonderful, full day! The first picture above show the pure excitement of arriving at the park. Next, my three year old is squinting as he looks up with the sun in his eyes trying to figure out the explosion sounds set off by the dynamite pump in Toontown! They loved this and we had to set off the explosion several times before we could move on.

Next pictures shows my husband and five year old on the Train around Disneyland which all three boys loved! Finally, tickles and huge smiles from my oldest who we usually can’t get a single smiling picture from! We ended the day at the Tiki hut to be sure to get a Dole Whip ice cream cone before we headed home, exhausted and happy!

If you looking for the perfect destination for a family vacation with little ones, Disneyland should be at the top of your list! Buying a several day park pass will save you a ton, making the tickets much more affordable. Now through the end of the year you can get a 6-day 1-park per day admission ticket to Disneyland and Disney California Adventure Park for $236 per adult.

Disclosure: I received four 1-day admissions to Disneyland in exchange for my honest review. I was not compensated in any other manner. The opinions expressed above are my own and any claims should be verified on the sponsor’s site.

I haven't been to Disneyland yet but have been to Disney World a couple of times. It's the most amazing experience seeing the look on the children's faces. Pretty great for the adults as well because they make everyone feel like a kid again. Thanks for the review.  Carol L Lucky4750 (at) aol (dot) com

This post comes at the perfect time! I am going to Disneyland this weekend with the fam. Can't wait, thanks for sharing!

LOVE Disneyland, went for the first time when I was 22.  Would have loved to have gone when I was a child.  I can't wait to take my kids now, they are still a little too small yet. My daughter is only 2 and my son is only 9 months. But in a few years it will be such fun to go as a family!!!

Love the pictures! We go to Disney World all the time since we are close by. Big Disney fans here. http://www.charmedlifechronicles.com

Our family has been to Disneyworld and the only regret that I have, is that we went during really hot temperatures there... Cindi