We drove to LA Wednesday Night and got in just after midnight and stayed with my Aunt that night. The next day we had until about 1 until my IL’s would arrive in California so we went to the mall and walked around for a bit and then went to see Alice in Wonderland in 3D.. which I wasn’t really super impressed with.

We had the theater to ourselves though so the kids could roam a bit and that was really nice! After the movie we went and meet up with my IL’s at their hotel and Nate and his cousin Paetin got to go in the pool while we went to go check into our hotel. We had a mellow lazy day that first day as we were all tired from traveling. 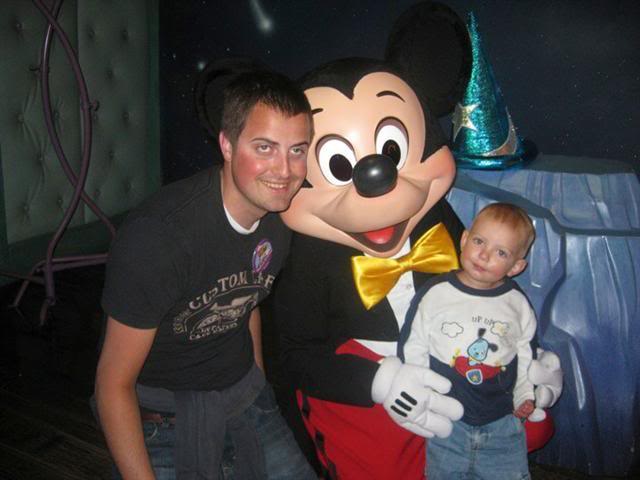 Friday we got a DISNEYLAND day!! I LOVE Roller coasters but of course couldn’t go on any being pregnant but my Sister in Law was also pregnant as well as having motion sickness tendencies with the other adults we just stuck to the kid rides which was great! I didn’t feel like I was missing out! 🙂 We got to Disney at 8am when the park opened and it was SO nice there was hardly anyone there!!! No lines for anything!! We went on:

-A classic car ride to Cinderella’s Castle – They got to ring the bell to let people know we were coming!

-Pinocchio – Nate SCREAMED at the Whale which was So cute!!! He liked the ride though other than that

-Buzz Lightyear – Awesome ride! You get to shoot the targets and can spin the cart. The boys loved it!

-It’s a Small World – They liked seeing all their favorite Disney characters in the ride! 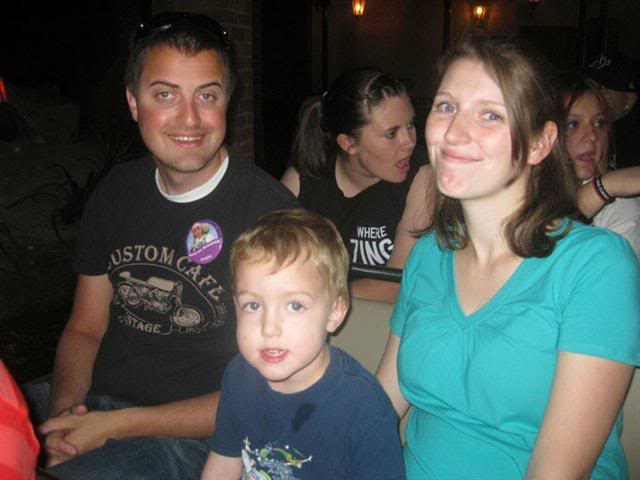 -Pirates of the Caribbean – Scared them a little bit but overall my boys liked it.

-Carousel – This one was fun for them!

-Roller Coaster in Toon Town – This was Nate’s favorite ride. When we asked which one he liked best he’d say “the red one” but he wouldn’t go on it a 2nd time.

-Tarzan’s Treehouse – Very cool looking.. I didn’t go up though! 🙂

-Mickey’s House – SO cute!! Tyler ran up to point at everything all excited!

-Snow White’s Scary Adventure – We didn’t like this one

-Jungle Cruise – Our cruise director wasn’t all that funny.. which is the best part of this ride! But the kids liked it!

-Dumbo – Nate loved this one!

They all got to meet Goofy! 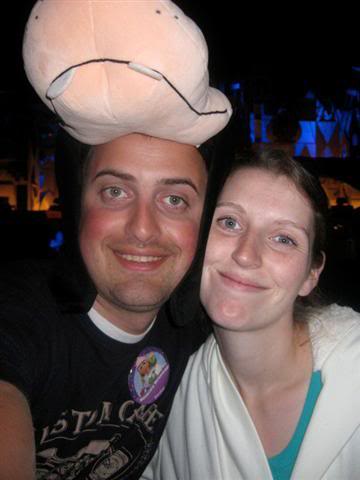 Of course we had to get a Goofy Hat! 🙂
And Tyler got to meet Mickey while the bigger kids went on the roller coaster.
Nate LOVED the Fireworks Show. They were “Ooooh” & “Aaaaah” ‘ing the show! Nate was busting up laughing about it! 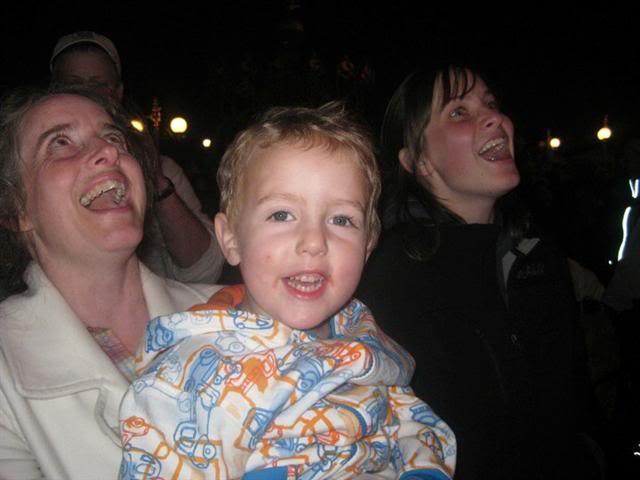 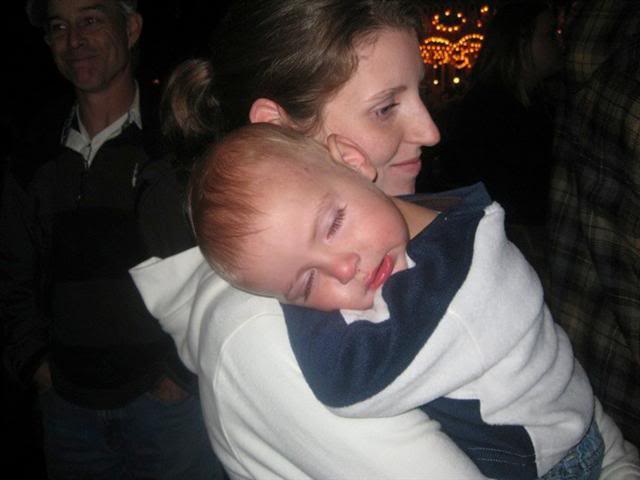 And Tyler Crashed at the end of the night leaving the park!

We stayed at the park until about 12:30 and then headed home for lunch and naps and got back to the park about 5:30 and stayed until 11! It was REALLY fun we had a great time!! 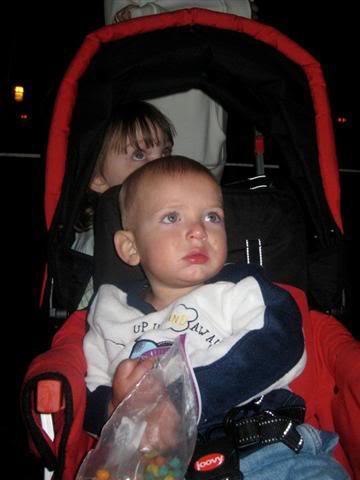 And a couple more cute pictures of the kids sharing snacks and the stroller and Tyler showing off his glasses! 🙂 PS.. I am 21 weeks pregnant in these pictures. More California pictures to come!! Beach, Pool, and Park pictures! 🙂