I received a complimentary press pass admission to Disney World. All opinions are my own.

Our very first attraction on our family vacation was a visit to Walt Disney, Orlando, Magic Kingdom park! Of all the parks and attractions available in Orlando, Florida, this was the park my kids were most excited about! To see their favorite characters, ride some rides, and enjoy all the fun and magic of Disney World!

The Magic Kingdom park is enormous and you enter into the park by either taking the ferry or monorail to get from the ticketing gate into the actual park. We took the ferry and once we were inside the park, we zoomed right over to Pirates of the Caribbean, one of our favorite rides! 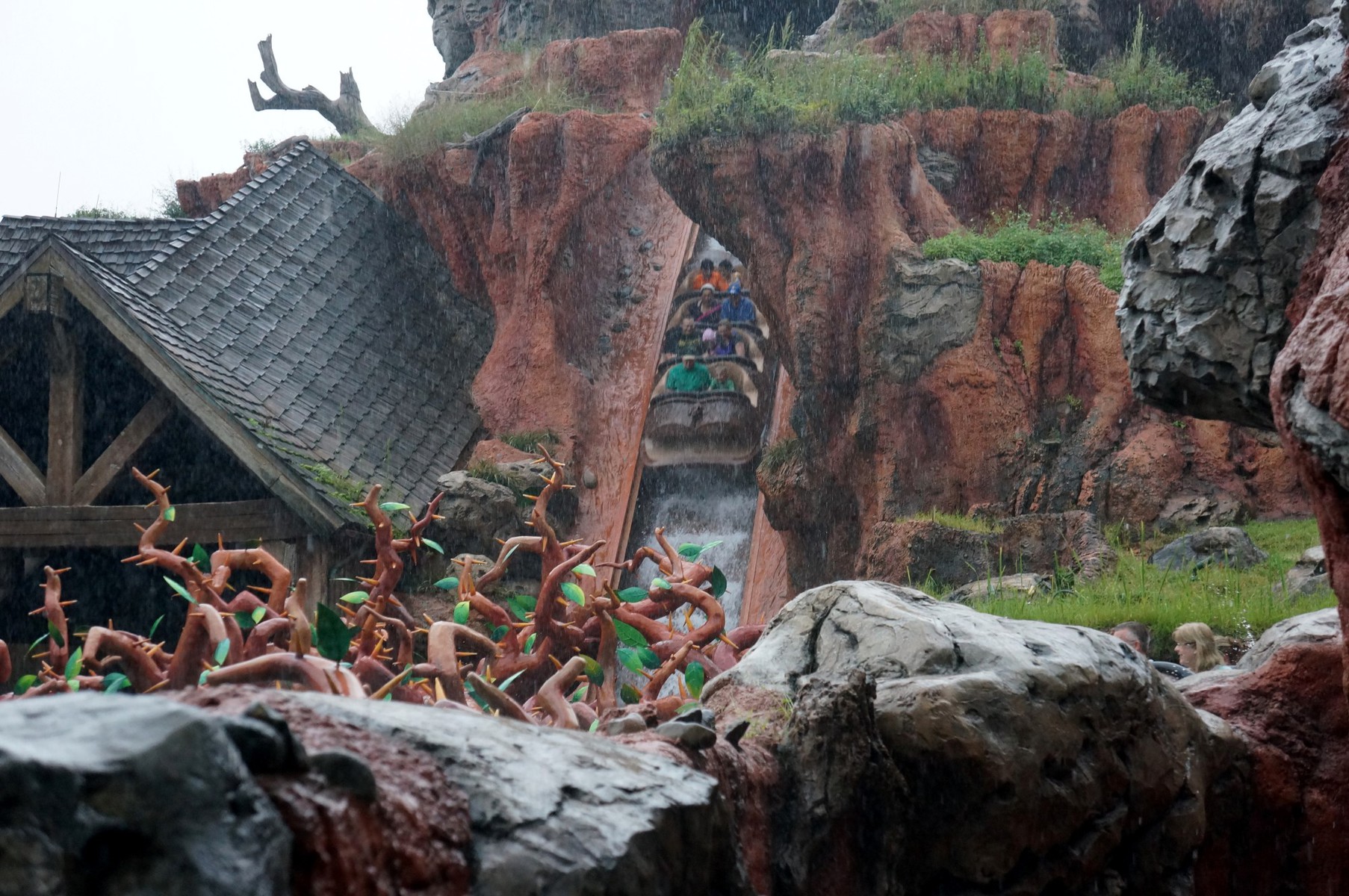 After that ride, we went over to Splash Mountain. I stayed behind with the little ones that couldn’t go on Splash Mountain while the rest of the group all got in line. By the time it got to their turn, it was pouring tons and tons of rain. It was pretty humorous, actually. They were sitting in the boat getting completely soaked that the splash at the end didn’t even matter at that point.

It was a bummer to be so wet, but we didn’t let that stop us from having a great day at the park. My 5 year old loved “skating” through the puddles and we quickly made our way over to a ride queue that would have some covering, the Haunted Mansion ride. We always love the ghosts at the end of the ride that join us on the ride! This time our ghost had a bottle of perfume he kept spraying at us! 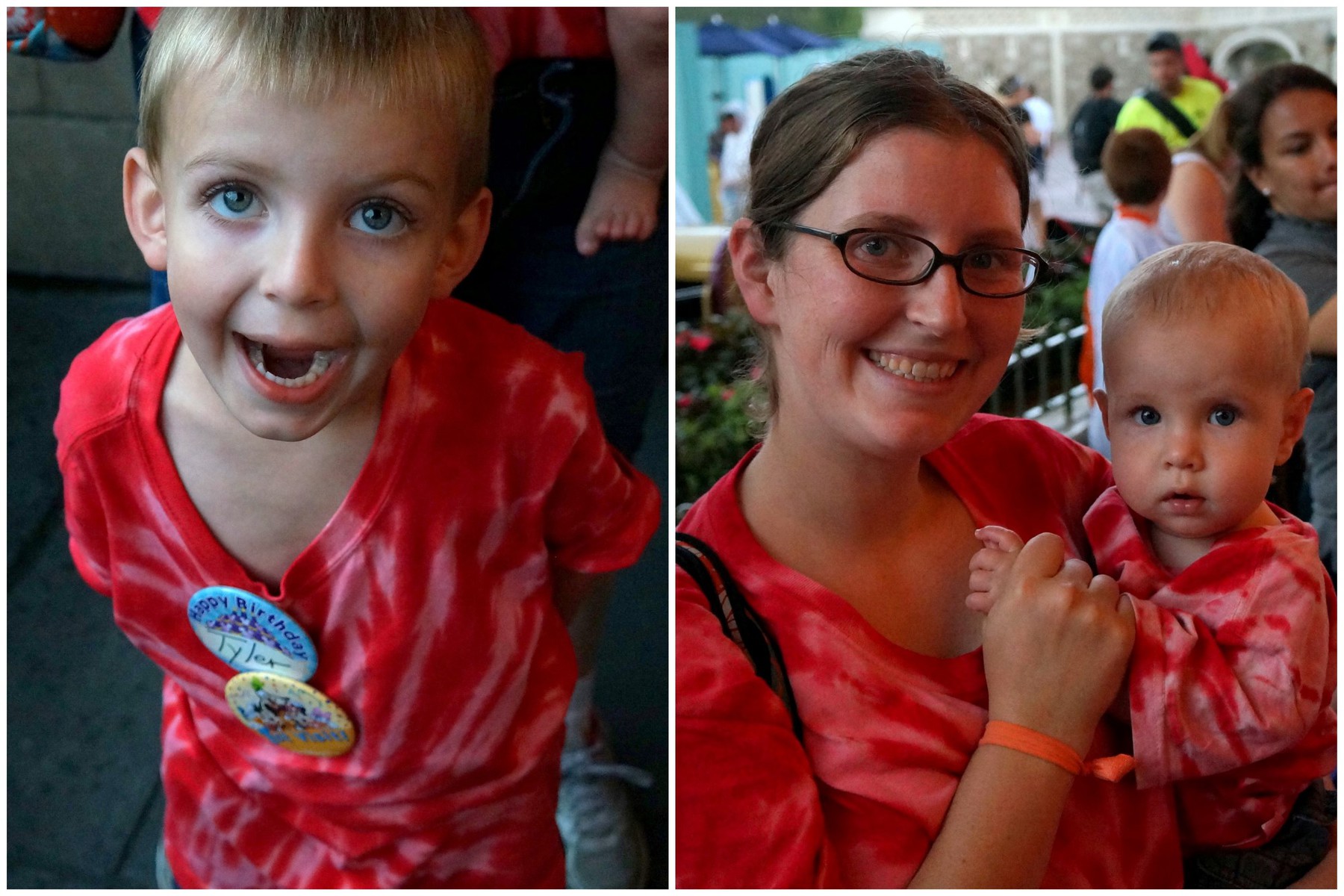 The day finally started to clear up again and we got to enjoy a bunch of the kid friendly rides including Buzz Lightyear, Prince Charming Regal Carrousel, and the Magic Carpets of Aladdin ride. Our boys loved all of the rides, and of course I had to grab a Dole Pineapple Whip while they went on this Magic Carpets! 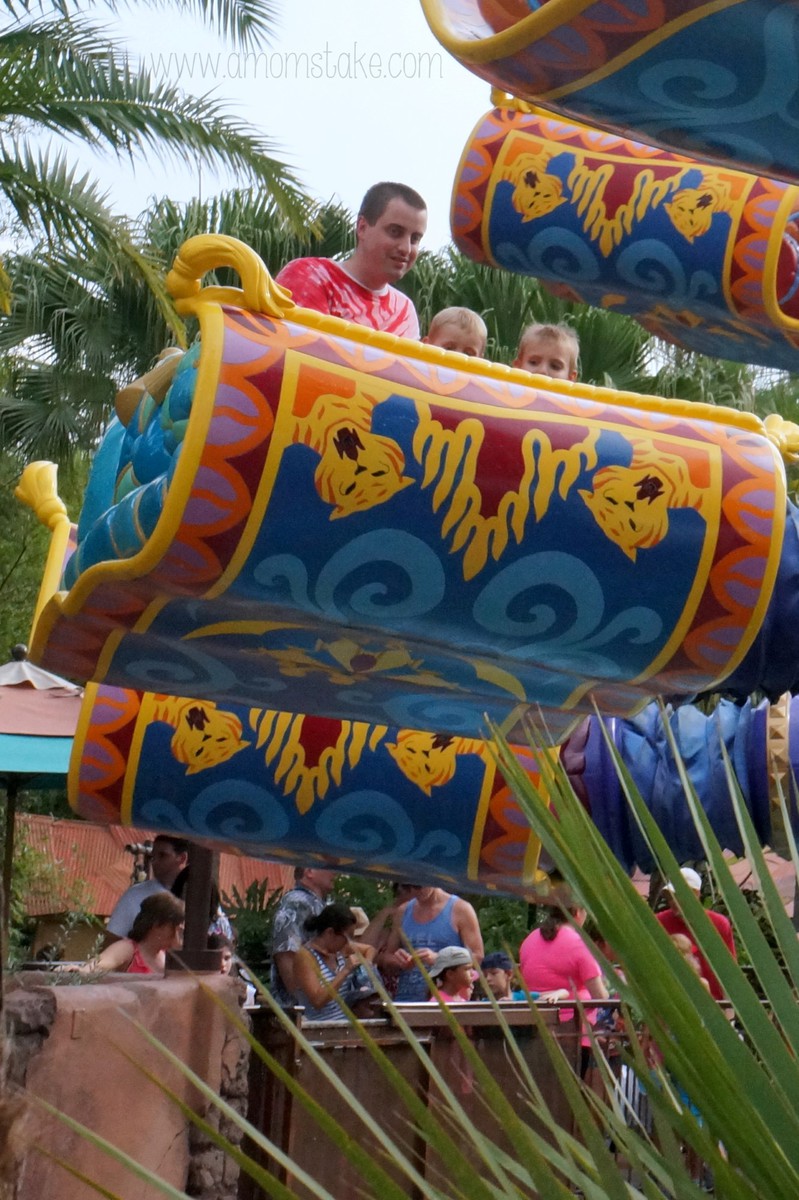 Monster’s Inc Laugh Floor and Disney’s PhilharMagic were the highlights of our trip! We all really loved both of these animated shows that involved the audience in the show. Laugh Floor is an improv comedy act which was really fun and a nice change up from the same ol’ shows you’ve seen a hundred times. Even with a similar act, every show will be different as the audience gets involved. 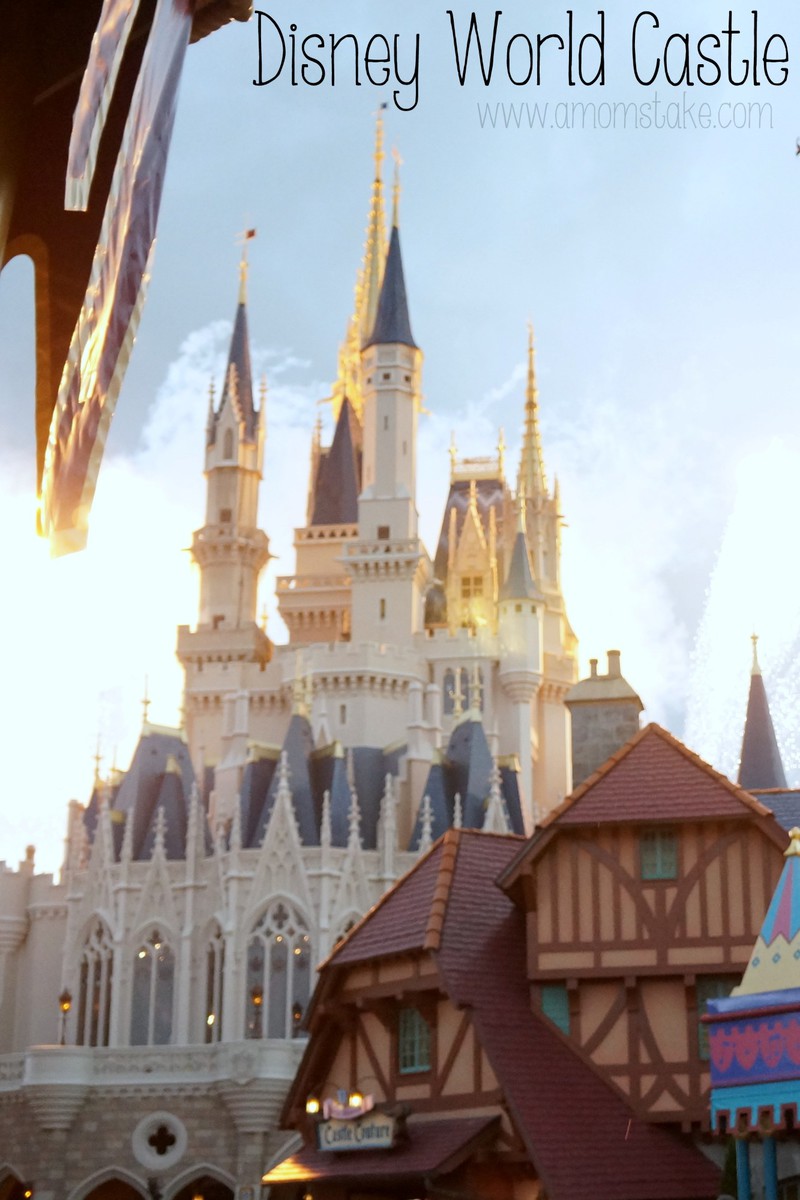 We ended the day walking through Cinderella’s Castle! It was my first time through her castle in Walt Disney Orlando and I was certain if it was going to be larger than Disneyland’s castle or not. It is much larger than the Disneyland version, the inside walkway is HUGE and very long. It was really neat inside the castle. We ended up leaving the park by early afternoon since everyone was wet and ready for a nap, but Disney’s Magic Kingdom park is still one of our favorites, despite the rainy day we encountered on our trip. Even though we left the park early, we happened to catch the castle right as it had fireworks going off, the perfect end to a great day in the park!

You can also see our experience at the Disney World Orlando Animal Kingdom Park!