Summer time, especially in blazing hot Arizona, is the best time for watching a movie at the theater with the whole family.  Finding something to watch, that even Dad will enjoy, is sometimes quite a chore.  Summer movies for kids are sometimes a bit boring for adults. Don’t worry, there are two great family movies out right now that everyone in the family will really love. 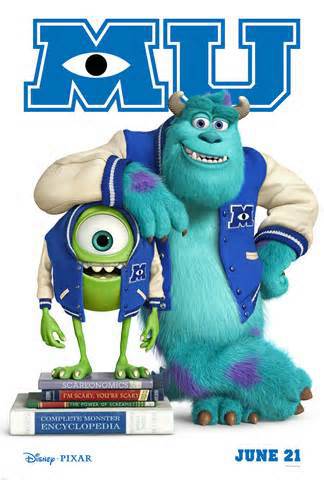 Mike Wazowski and James P. Sullivan are an inseparable pair, but that wasn’t always the case. From the moment these two mismatched monsters met they couldn’t stand each other. “Monsters University” unlocks the door to how Mike and Sulley overcame their differences and became the best of friends.

Screaming with laughter and fun, “Monsters University” is directed by Dan Scanlon (“Cars,” “Mater and the Ghostlight,” “Tracy”) and produced by Kori Rae (“Up,” “The Incredibles,” “Monsters, Inc.”).

My husband is a huge Sully fan, so he was on pins and needles waiting for this movie to come out, and it did not disappoint.  With the jokes for the kids and for the adults, Monsters University left us laughing!  Don’t forget to stay until after the credits for a classic Pixar surprise!

Next we have the sequel to my family’s favorite, Despicable Me 2

Universal Pictures and Illumination Entertainment’s worldwide blockbuster Despicable Me entertained audiences around the globe in 2010, grossing more than $540 million and becoming the 10th-biggest animated motion picture in U.S. history.  In summer 2013, get ready for more Minion madness in Despicable Me 2.

We can’t get enough of the Minions at my house!  My daughter, Harley, has asked to watch this movie every day since she saw it.  It is an instant classic!  The 3-D animation can’t be beat, make sure to watch the credits!

Spend time making memories with your family at the movies this summer.  Your kids will remember all the fun times you shared together in front of the flickering big screen.

We can't wait to see both of these. With a large family, we always wait and buy the DVD instead of going of the theaters. We all enjoyed Monsters Inc. and Despicable Me, so we know come Christmas time, we will be getting the sequels.

So many great summer movies! Thanks for the roundup. We are looking forward to seeing these!

thanks for the info - my nephew really wants tosee Despicable Me!

My kids have been wanting to see this. (Gianna)

I need to see Monsters University....I loved Monsters Inc:) Never saw the first Despicable Me, though!