This post is sponsored by Lunchbox. I received samples and compensation. All opinions are my own.

My boys love superheroes! What boys don’t, really? So I knew they would love these Guardians of the Galaxy toys! As soon as I opened the box to show my boys the new toys for their birthday they were jumping up an down excited! My 4 year old exclaimed, “This is the best day ever!” and was already calling out which of the toys he wanted me to open first. 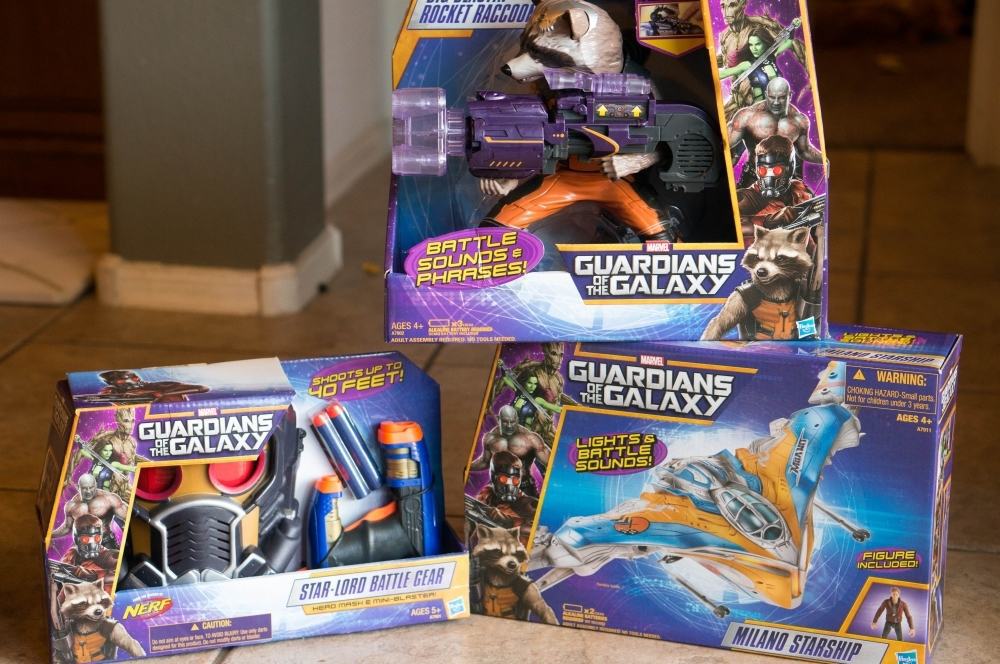 We decided to start with the Star-Lord Battle Gear. This cool set includes a mask and mini blaster with darts that helps your child feel like the Star-Lord from the Guardians of the Galaxy. The mini blaster looks similar to his weapon, but is kid-friendly with safe foam darts. Plus, the darts can shoot up to 40′! 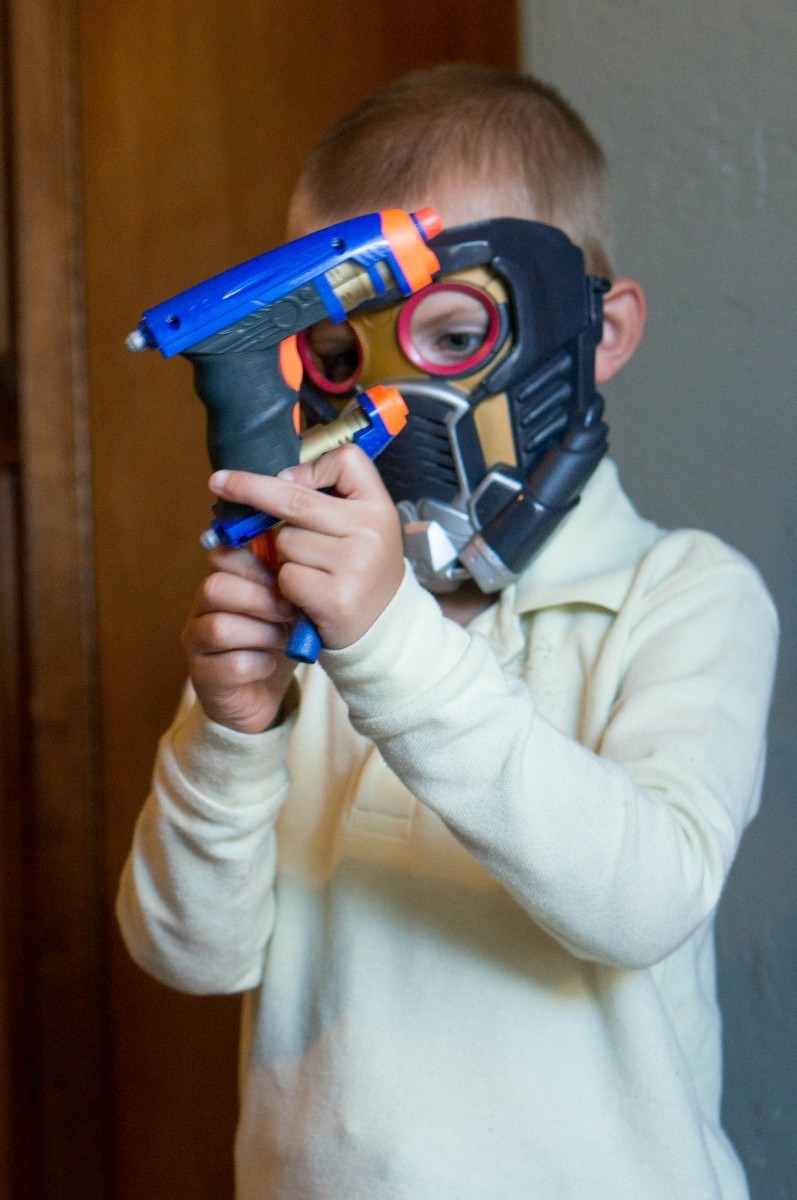 My 6 year old is all about dressing up and wears costumes around the house most days. He loves to pretend to be his favorite characters, so this toy was a big hit for him! He loved wearing the mask and sneaking around the house shooting his brothers!

Next, had to be the Milano Starship Vehicle for my 4 year old. He could hardly wait as I opened the box and assembled the ship. He loved helping me point out what stickers to put on and playing with the figure while he waited. The starship includes the vehicle with two firing missiles and lights and battle sounds to help the ship come to life. 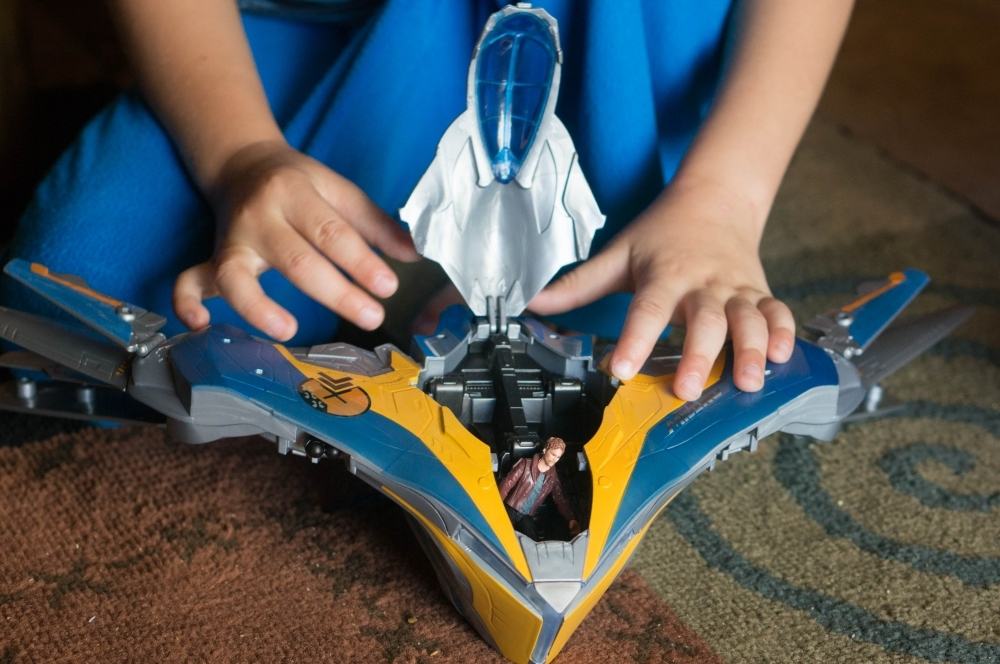 He took off flying the ship around the house shooting the missiles at various targets. They were easy for him to launch and load so he played with the ship for hours! The extra wing attachments do come off pretty easily and the front hatch if closed completely is hard to re-open, but he still had a great time playing with this toy.

Finally, my patient oldest got his turn! He laid claim to the Big Blastin’ Rocket Raccoon. He thought it was too cool to have Rocket Raccoon as part of the team of Guardians already, so he didn’t hesitate for a second to pick which of the toys he wanted to play with. The blaster lights up and spins with the press of a button. 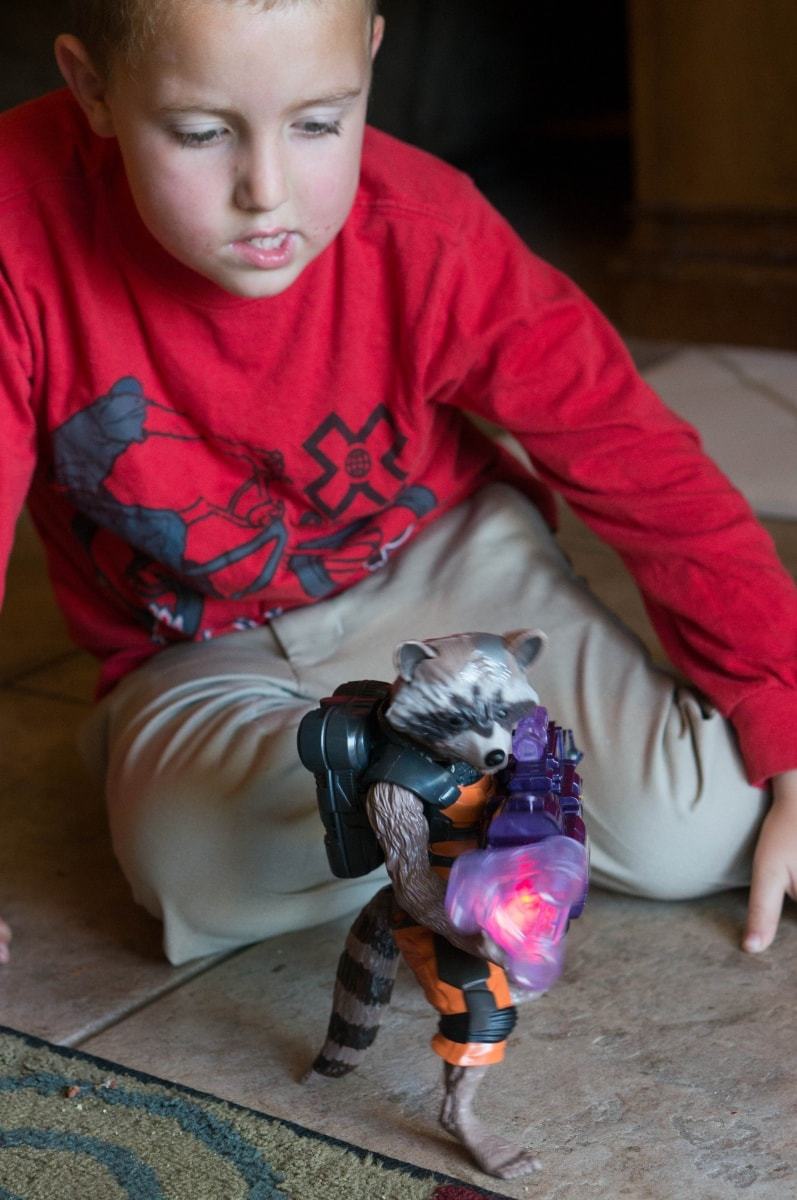 My son loved seeing him light up and spin as it shook Rocket Raccoon as if he was really in the battle. He also carried him around, pretending to get right into the battle with his brothers as they launched their darts and missiles pretending to shoot down pillows and other toys that were the “bad guys”.

If you’re looking for fun toys for boys this fall, check out the Guardians of the Galaxy line! The line of toys also includes a Rocket Raccoon Action Mask and Battle Fx Star-Lord Figure. Look for all these fun new toys at Walmart!

My son would love these. We haven't seen the movie yet but I want to.

My boys would flip out over these toys. Adding to my Christmas list!

These look like so much fun! Asher would love that ship, we are all about flying machines these days!

I think this is exactly what I'm getting my nephew for Christmas. I have a feeling he would love them! Gonna pick up the movie for him too!

I was so excited to get the big box of GOTG toys too! Some little people I know will get some awesome holiday gifts!