I am a Denny’s Diner Brand Ambassador. As such, I received compensation and a welcome kit. All opinions are my own.

One of the biggest adventure films to come to the big screen this summer is Fantastic Four, releasing August 7th. Denny’s, in partnership with 20th Century Fox, is bring the favorite four to the menu with new limited-time offerings on their Slamtastic 4 Menu to represent some of your favorite super hero characters. 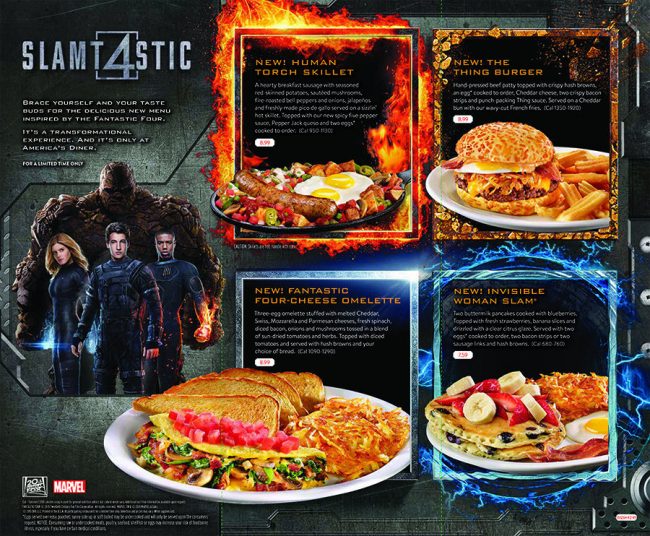 Take your pick of one of these new, exclusive, menu options: 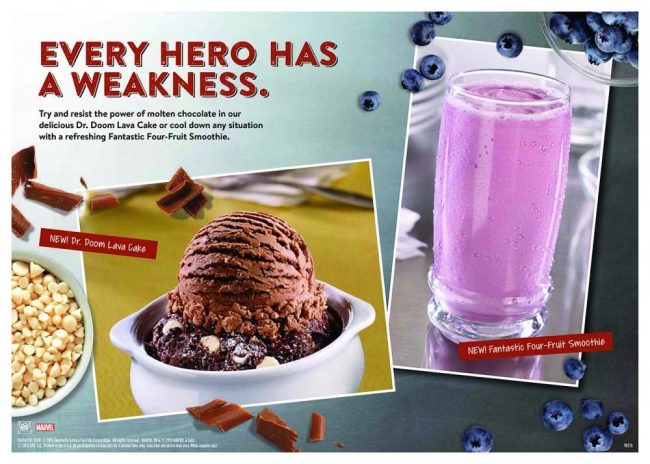 The new selections don’t stop there, there are two additional new limited-edition menu items including a Dr. Doom Lava Cake and Fantastic Four-Fruit Smoothie. The lava cake sounds amazing, I can’t wait to try it. You’ll need to act quickly, though, Denny’s Slamtastic 4 Menu won’t be around forever.

Make it a fun outing with a group of friends or a family trip to dine in at your local Denny’s and get excited for the release date of Fantastic Four next month. Make sure you each pick out your favorite hero of the four and debate on your favorite of the new menu items, too! Want even more Fantastic Four? 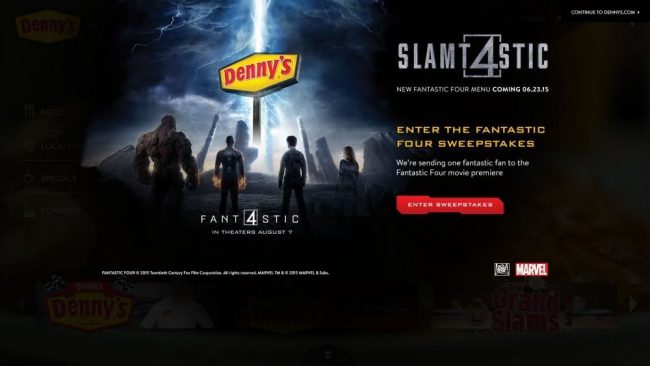 Denny’s is offering one fantastic sweepstakes (pun intended!). Visit www.dennysfantastic4.com and enter for a chance to win a Fantastic Four fan trip for two to attend the movie premier on August 4th! The sweepstakes is open now through July 19th, so hurry over to enter!

I'm dieting but if I had a day off I'd totally get the Woman Slam. Yum!

I wanna see the movie and I also want to try those dishes. wow! looks great.

I miss Denny's. They always had good food at ours.

I have never been a huge Denny's fan, but these look good! We might have to try it out it really looks good!