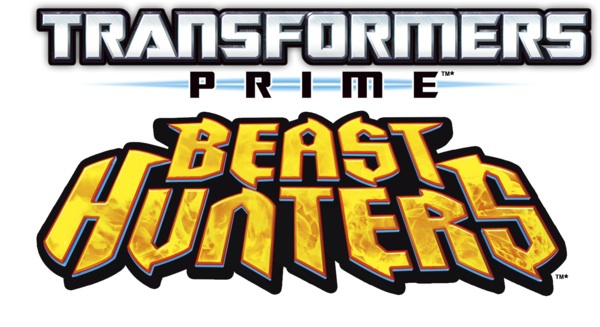 There is a new line of Beast Hunters Transformers toys and figures out from Hasbro that answers the question of finding fun and exciting toys for school aged boys. As a mom of four boys, I know how hard it can be to find toys they will really enjoy once they hit school age. All my oldest wants to do is play video games but I know how important actual playtime is so we’re always on the lookout for toys that he can really enjoy and keep him entertained as well.

I was thrilled to check out one of the toys from the Transformers Prime Beast Hunters line with my oldest son who is six. We received the Predaking Predacon Leader from the Voyager Class line of toys. My boys are really into superheroes and we’re always talking about the different heroes, especially the Transformers. They love that the Transformers in the movie turn into cool fast cars and are also super awesome robots! So, when they saw the Transformers toy I couldn’t open up the package fast enough! My oldest three were all bouncing around me calling dibs on who got to play with him first.

My six year old has really enjoyed playing with his new Transformers toy the Predaking Predacon Leader from the Voyager Class of the Transformers Prime Beast Hunters line of toys. It has so many different ways the parts can move, bend, and transform. The toy includes directions on how to convert the Transformer from a robot to a dragon and back again but the directions are super confusing and hard to follow. If you have any part turned at the wrong angle, it’s hard to figure out what the drawing is trying to explain. Once we tried switching the Transformer into each of the two modes, though, it was easy enough to duplicate and figure out again the next time without needing to rely on the directions so much. Still, it made for a fun project to work on together with my six year old and teach him how to look at directions and try to follow along. My oldest loved playing with the Predacon Leader in his dragon mode best and would fly him all over.

Of course, my younger boys wanted to try out the Transformer too. They each got turns to play with him and while they would have a hard time transforming him into a different form, they had a great time playing with him already as a robot or a dragon. They loved shooting the Hydrafire Blasters and swing around the sword, too.

If you have active boys that love superheroes they will love the line of Beast Hunters Transformers Toys! They are available in three different lines including the Voyager Class like I received for review, Deluxe, and KRE-O Ripclaw Strike building sets. Each figure retails between $14.99 and $19.99 depending on the line of toys. They can be purchased directly through the Hasbro Toy Shop or through your favorite local toy retailer. The Best Hunters line is geared for children starting at age 5 and up.

Connect with Hasbro on their Transformers Facebook page or through their twitter handle @HasbroNews to be among the first to learn about their newest toys and promotions!

These look super fun! Is it wrong that I think I enjoy the toys more than the kids? :)

My son loved Transformers when he was younger. They are so worth every penny. I love toys that make kids think and use their imagination at the same time.

Transformers toys have been around for so many years, but they aren't forgotten and just seem to improve

my nephew would love this!!