We learn about history in school. We see pictures of it in our text books. It doesn’t really come alive and grab you though, until you have walked it. I’m not a big history buff, but there is nothing like seeing where history was made. I don’t get to travel much but I have to say, this is one of the best trips I have ever been on. The fun, atmosphere, time of year and people I got to spend it with, made for the best time.

If you ever happen to go to Boston, I would recommend going over the third weekend in April. Why this particular weekend? It is Patriot’s Day weekend and the running of the Boston Marathon. There is so much to see and do. It may be slightly crowded and busy, but that is half of the fun. I have come up with a list of really fun things you must experience in Boston. Whether you’re a history buff or not, you’re guaranteed to have a good time.

I received a complementary press trip to Boston for this post. This post is sponsored by American Heritage Chocolate but all thoughts and opinions are my own. 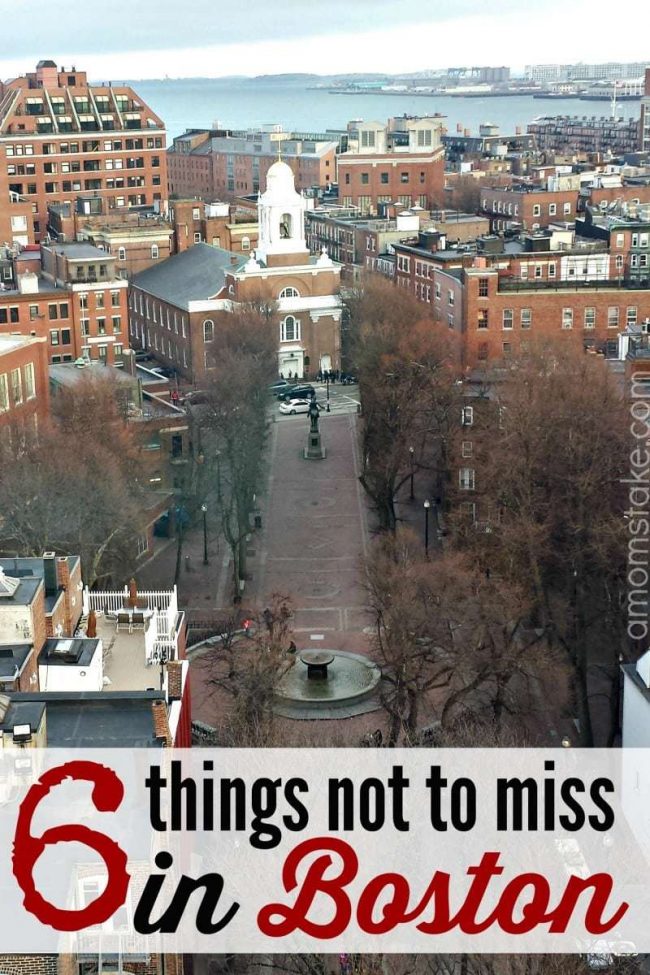 1. The Old North Church- Almost 300 years old, this building is one of the oldest in Boston and rich with history. While here, we got to take a special tour up into the steeple and down into the crypt. We were also able to observe the bells being rung after church services on Sunday. There is an art to old bell ringing. Who knew?

Fun Fact:  The steeple has fallen and been replaced two times. Not a fun thing to hear while you are standing in it by the way. Also, the lower level of the church does not have electricity and is still lit by candlelight chandeliers. 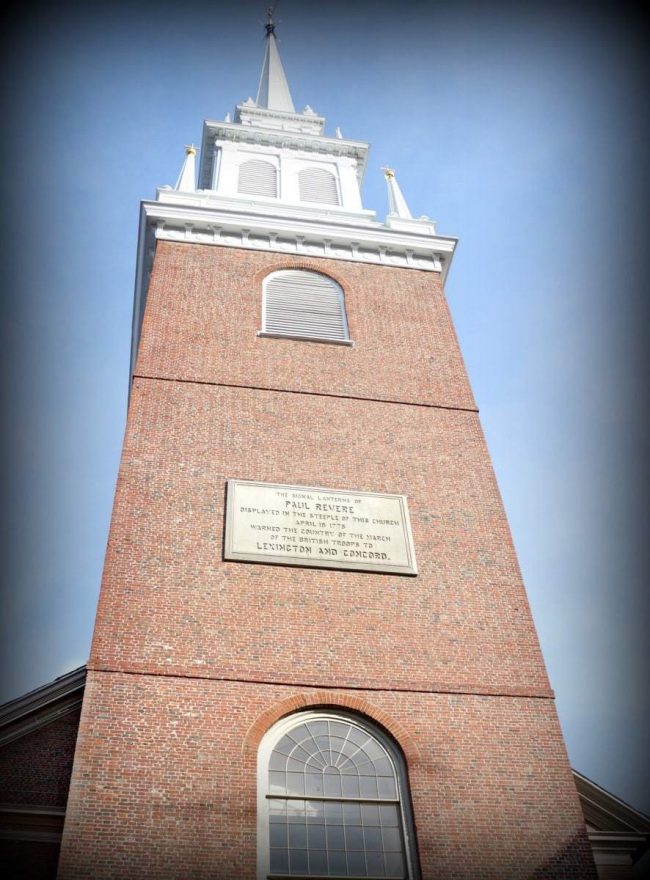 2. Lantern lighting ceremony– This is a big deal in Boston. I got to rub elbows with the mayor and the governor who attended the ceremony. There are reenactors who dress up in authentic attire. Then they do a ceremonial lighting of the lanterns in the Old North Church, reminiscent of Paul Revere’s “One if by land two if by sea.”

Fun Fact: Paul Revere did not yell, “The British are coming.” He yelled, “The regulars are out.” It wasn’t really yelled, it was just told to certain important people along his ride. He also didn’t light the lanterns himself and spent a lot of his time in the bell tower of the Old North Church.

3. Edes & Gill Printing/Captain Jackson’s Historic Chocolate shop – A small printing and historic chocolate shop behind the Old North Church. It is really fun to go to and learn about printing and chocolate at the time. Some really interesting history on how the Declaration of Independence was originally printed. See an old printing press and demonstration. Also, watch and participate in the making of old fashioned chocolate. Go ahead and treat yourself some of the tasty American Heritage Chocolate from the gift shop. 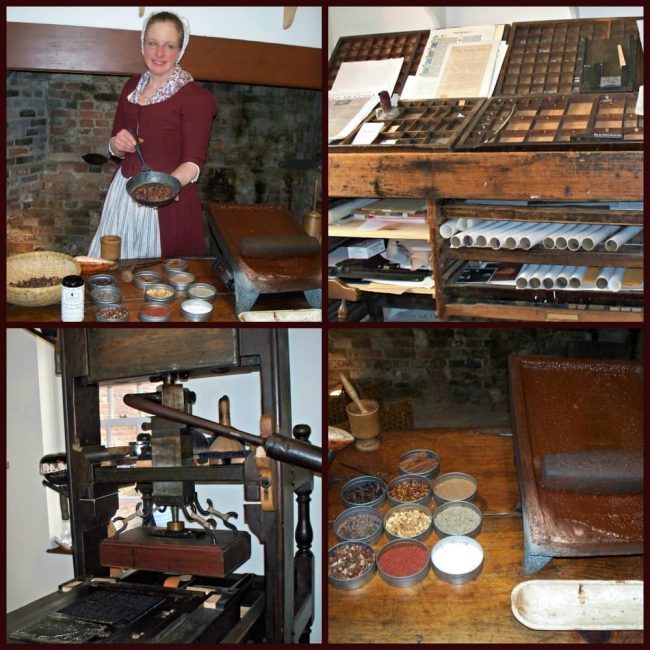 4. Boston Marathon– People from all over come to run this 26.2 mile marathon. To even qualify to run in this race is a huge accomplishment that may take runners years achieve. There are over 30,000 people who run.

Fun fact: The event attracts somewhere around 500,000 spectators and brings in around $137 million in revenue. 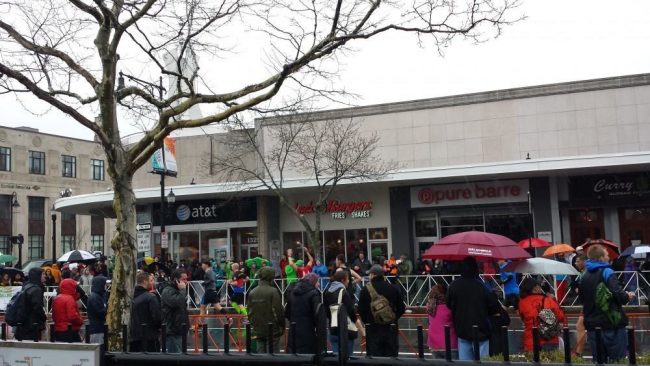 5. Patriot’s Day Parade– Though very small, it is fun to experience. A marching band and battalion of soldiers. The best part, a reenactment of the ride of Paul Revere, who I hear actually rides all the way to Lexington on horse. 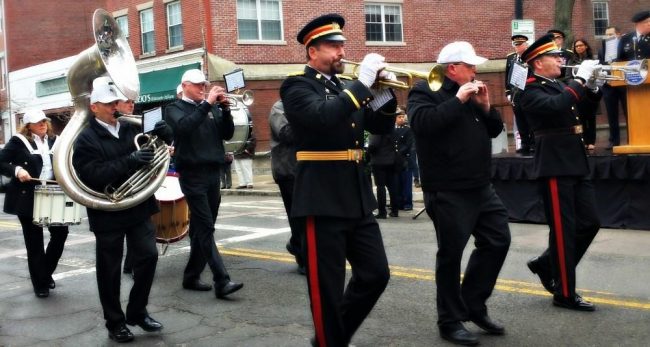 6. Freedom Trail– We started behind the Old North Church to follow the “Red Brick Road.” This red brick path runs for miles through Boston, hitting all of the major historical landmarks; from Bunker Hill to the Boston Common. We visited some of the sites with our awesome “Red Coat” tour guide, Michael.

Fun fact: The Declaration of Independence was first read to the people off of the balcony of the Old State House. 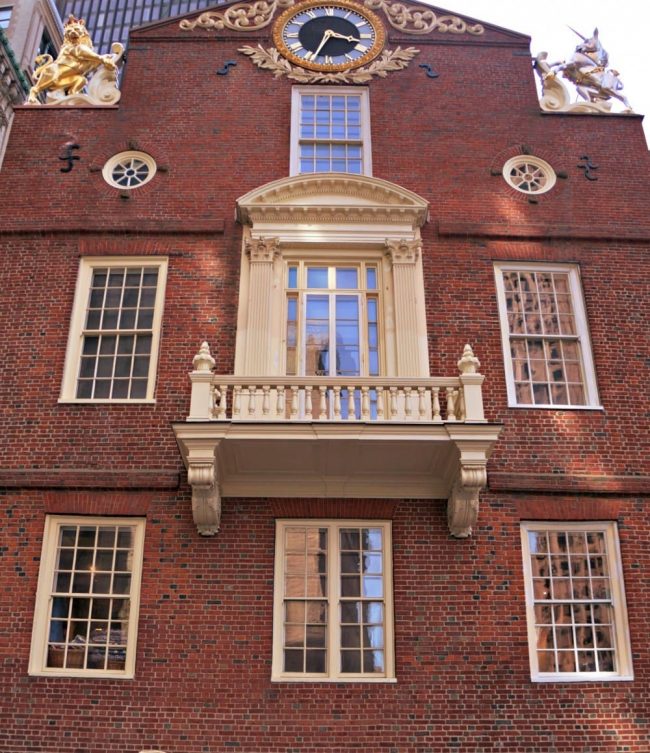 Fun facts: People were buried standing because there wasn’t a lot of room. Most of the headstones don’t correspond with the bodies buried under them, because they have been moved so many times. Also, and maybe the most entertaining, there is a mass grave full of hundreds of bodies which made the ground unstable. A few years ago, the ground gave way underneath a woman, and she fell into a crypt full of hundreds of people’s bones. Now that is a trip she will never forget.

Boston is a city full of fun and history. It was the beginning of America as we know it today. This city mixes its historic old with the modern new. An exciting, busy, bustling city with awesome food, fun history and always something entertaining to do. Boston deserves a spot on your bucket list and is definitely a must-visit for a vacation destination.

Just like Boston is full of history, so is American Heritage Chocolate! The brand was developed with years of research to find out what chocolate would have been like back when our forefathers enjoyed it. Their recipe is from 1750 and only made with ingredients available in the 18th century. Served as a drink, or as a delectable candy, this chocolate is fantastic. With their history focus, you can only find their artisan chocolate at historic shops and on the American Heritage Website.

Have you ever been to Boston? What was or would be a must-see for you?

Aww! Boston is such a beautiful city. I've been there once but never get the chance to visit the places listed above. I am more than willing to visit these places the next time I go there. :)