Our family recently took a trip to Southern California, and one of the MUST-DO things was checking out Universal Studios Hollywood “The Entertainment Capital of LA”. Anyone who loves movies will have the time of their lives “backstage” enjoying the themed rides, shows, tours, shopping and delicious foods… you’ll need more than just one day to explore it all.

We partnered with Universal Studios Hollywood for this post. All opinions are my own.

Before our trip, our family made sure to re-watch all the Harry Potter movies so we would be prepared to see all the connections, and we were not disappointed! We walked into Hogsmeade and were transported into the Wizarding World!

One of our first stops was Ollivander’s to get a wand that we could practice our magic at 15 different wand magic experiences (be careful using the Alohomora spell and unlocking a series of intricate locks that reveal the fiery breath of a creature behind a secret door!)

My youngest was too short to ride Harry Potter and the Forbidden Journey but he wasn’t upset at all because he could practice with his magic wand and shop at the Owl Post, Zonko’s, and Honeydukes while the others went on “The best ride…EVER!” Of course you have to enjoy a Butterbeer or Pumpkin Juice at the Three Broomsticks.

We got lucky enough to meet some of the champions from Drumstrang and Beauxbatons , watch the Hogwarts Toad Choir and meet the conductor from the Hogwart’s Express! Our family could have spent an entire day in the Wizarding World of Harry Potter alone! 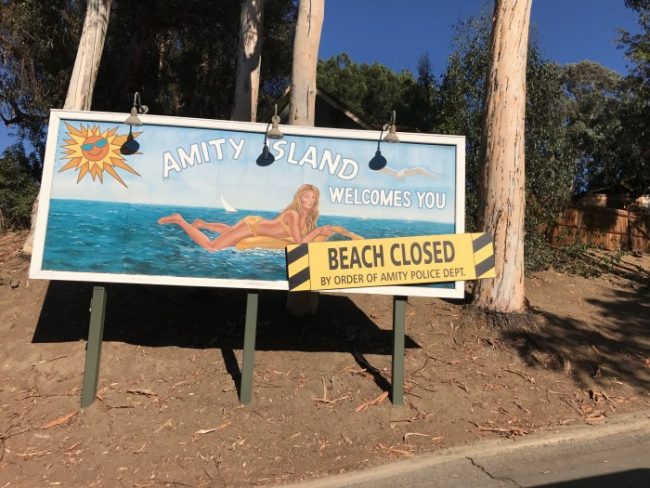 Our kids were amazed that there were actual shows currently filming at the studio lot and were enthralled throughout the tour of the mix of info on current shows, writers, movie-magic, with 3D movie experiences that put you right in the middle of Kong and Fast and the Furious! My husband loved seeing sets from Jaws and Psycho, and everyone thought all the different movie cars were amazing! Definitely made our list of Must-Do’s at Universal Studios Hollywood. 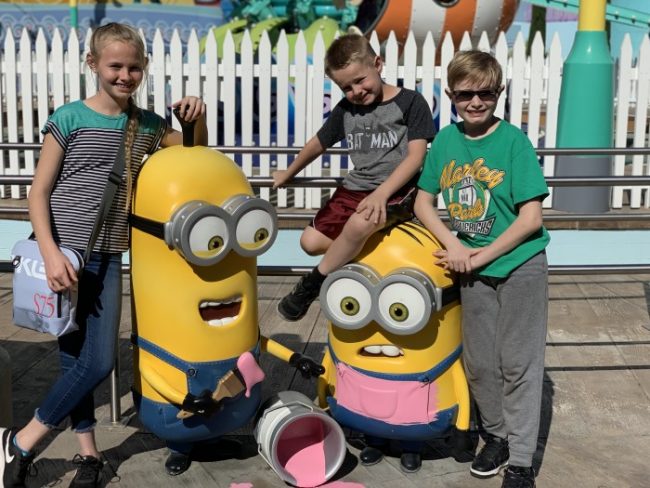 Our kids had a long list of rides and adventures that they wanted to experience, and the ones we were able to get to were AH-MAZING! The rides in the Wizarding World of Harry Potter: Harry Potter and the Forbidden Journey and Flight of the Hippogriffs were some of the favorites, but we also loved the Minion experience, Transformers: The Ride, Revenge of the Mummy, and The Walking Dead Experience (only some of us were brave enough for this one…I was not one of them). The rides were able to bring you right into the middle of the movie! Such a fun experience! 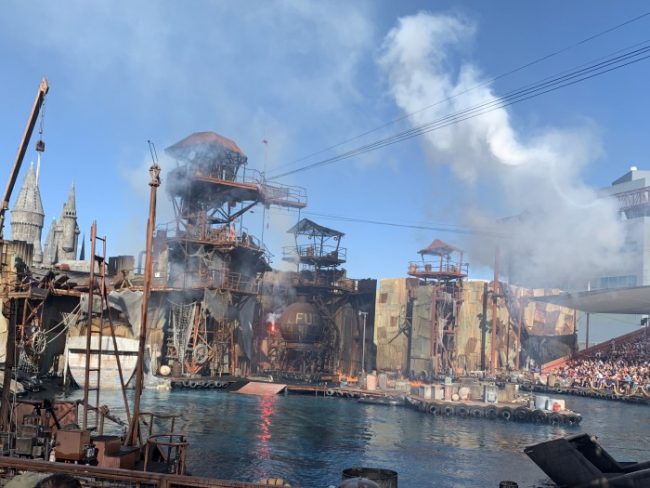 All movie-lovers will enjoy the variety of shows offered at Universal Studios Hollywood. My favorite show was Waterworld–A MUST SEE! No spoilers, but watch out for the sea plane! My boys’ favorite show/experience was Kung Fu Panda: The Emperor’s Quest.  We were engulfed in 180 degrees of an immersive adventure that they won’t forget! My oldest enjoyed the Special Effects show, loving the behind-the-scenes look at movie-making magic, and Universal’s Animal Actors were hilarious and entertaining! 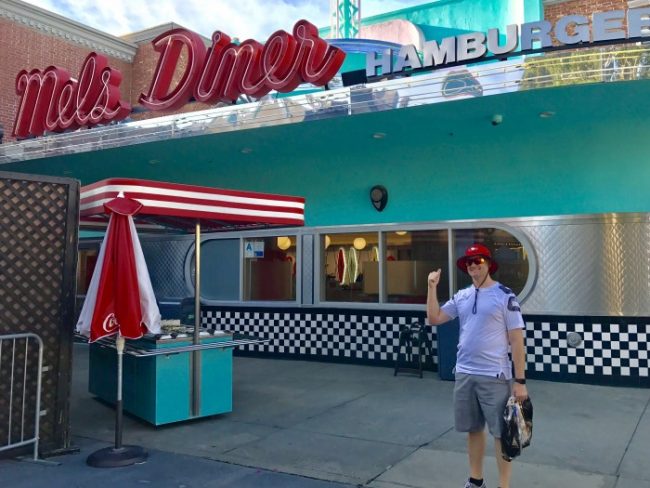 One could literally eat their way through the park–so much fun and unique foods from eating at the Kwik-E-Mart, or a grabbing a donut in Springfield, to a feast at Three Broomsticks with a frozen Butterbeer. We also may or may not have spent the majority of our souvenir money on delicious treats from Honeydukes in Hogsmeade (chocolate frogs, cauldron cakes, gummy slugs, delicious fudge…need I say more?) My husband is a big George Lucas fan, so when he found out we could eat at Mel’s Diner from American Graffiti, he HAD to go there! There were so many places that we hadn’t even explored, we all can’t wait to go back! The variety of fun movie food can transport you right into the movie adventure! 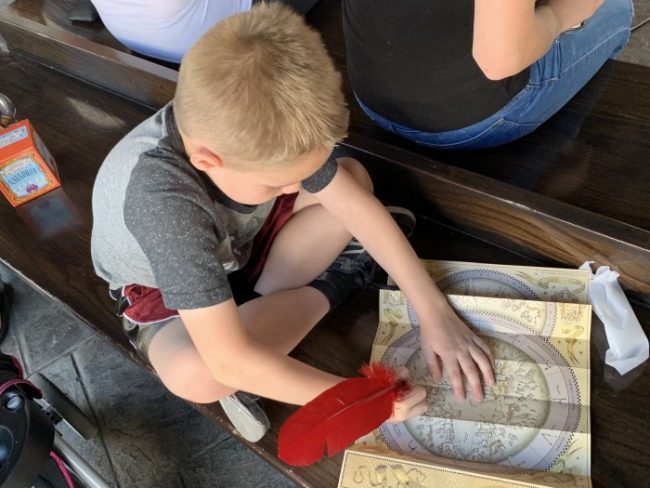 There is so much fun gear that you can’t find anywhere else. My husband loves older movies, so when he found a vintage looking JAWS t-shirt, it was a MUST-HAVE! My kids all got their Hogwart’s House paraphernalia, along with writing quills, prank gear from Zonko’s, and possibly even an owl.

The Jurassic Park Ride was under construction (opening later in 2019-I’m so jealous!!) while we were there and didn’t actually get to ride it, but that didn’t stop my boys from begging my husband for some of the great Jurassic Park toys (again, he’s a sucker for pop-culture stuff). We tried to hit every store, but I’m sure we missed a few (or even half!).

Beyond all the MUST DO/SEE/EAT/EXPERIENCE activities at Universal Studios Hollywood, there is so much going on around the park that are quieter nods to different movies. You’ll have so much fun trying to find all the different movie references and you might even run into some crazy characters yourself (we saw Frankenstein’s Monster-He was AWESOME! and Doc from Back to the Future!). Any movie lover will have a BLAST exploring all the ins and outs of the park. Our family can’t wait to go back!!

Always went to the Universal Studios in Orlando not Hollywood. I need to visit there thanks for the tips!

My kids are dying to go to Universal Studios! So much to do!

Oh I wish to go there soon! I'd love to try all the food and watch all the amazing shows that I can see!

This is a beautiful experience especially for teens. I know that my child will be happy to visit it!

Universal is so much fun but we have only done the Florida one! Hope to go soon!