My house is overflowing with little boys. When summer break hits, and my kids cry out “I’m Bored!” I know it’s time to get creative, get the boys outdoors, and keep them active and engaged. Here are some awesome ways to keep your boys having fun with outdoor summer games!

This post is sponsored by Toys”R”Us, Hasbro and Duracell. All opinions are my own. 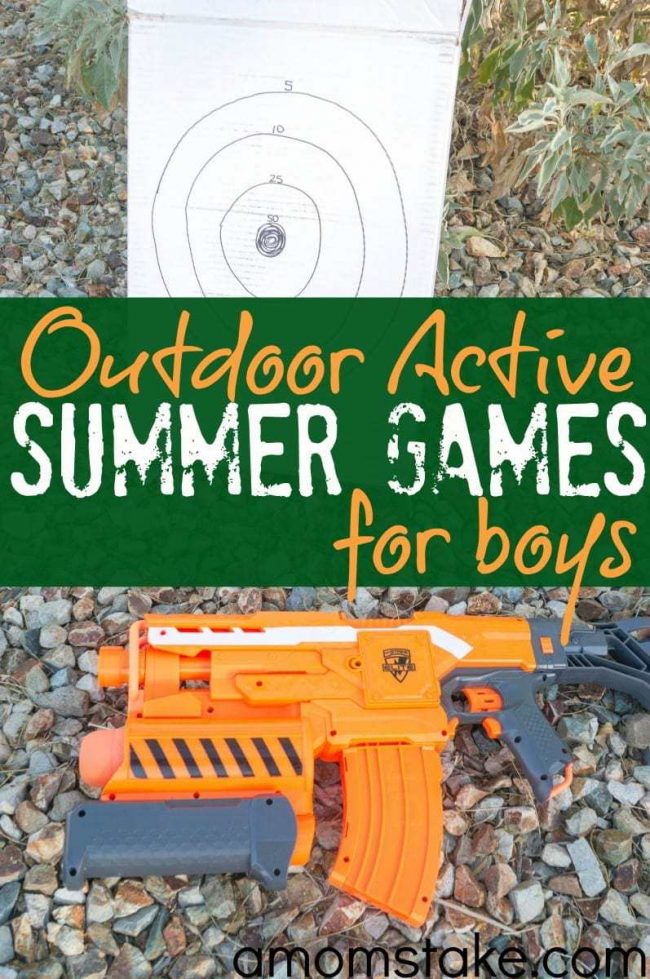 Build a Box Fort – Save up those boxes, and then let their creativity soar. They can stack them up to build a castle wall or cut a large box open to create a house. No matter what they create, you’ll be reusing something that will ultimately land in the recycling bin.

Transform Pool Noodles in Games – Pool noodles are everywhere once summer hits! Take a few pool noodles, and let the boys get creative. They could make a tic-tac-toe game, play a game of light sabers, or setup a challenge course. 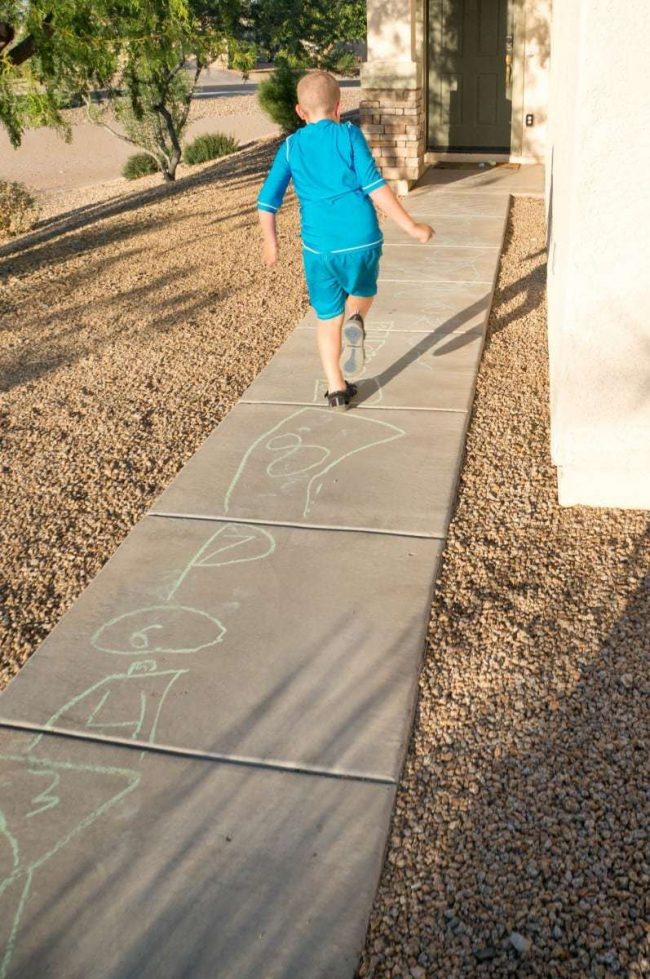 Chalk Hopscotch – Pull out a box of chalk and let them create a hopscotch game. There are no rules, let your boys get creative by making the squares far apart, or tiny, or make an extra long course. Then, let them challenge their siblings and friends!

Go on a Treasure Hunt – My boys are always looking for the next adventure. Instead, let them create their own adventure game! Give them some old packing paper to re-purpose into a map and a shoe box or other small box to hide a treasure. Let your children take turns hiding the treasure and setting out on a hunt. 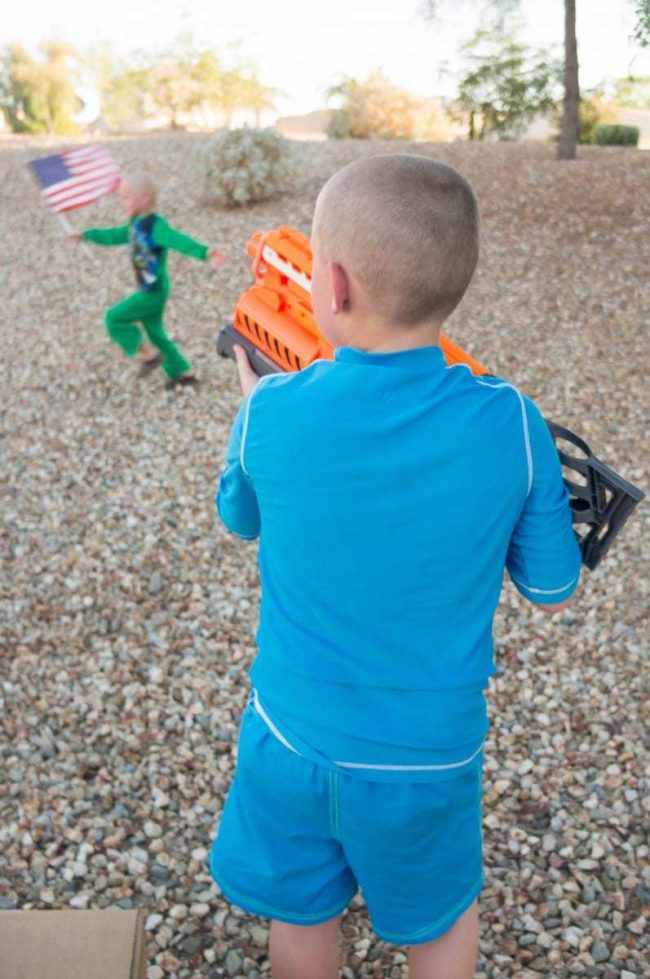 Have a NERF War – Establish some ground rules, and then let the kids start a battle! Let them play a round of capture the flag with each team protecting their flag with a NERF N-Strike Elite Demolisher 2-in-1 Blaster. Or, instead let them try target shooting seeing who can get closest to the goal mark. There’s lots of ways to play with NERF guns. 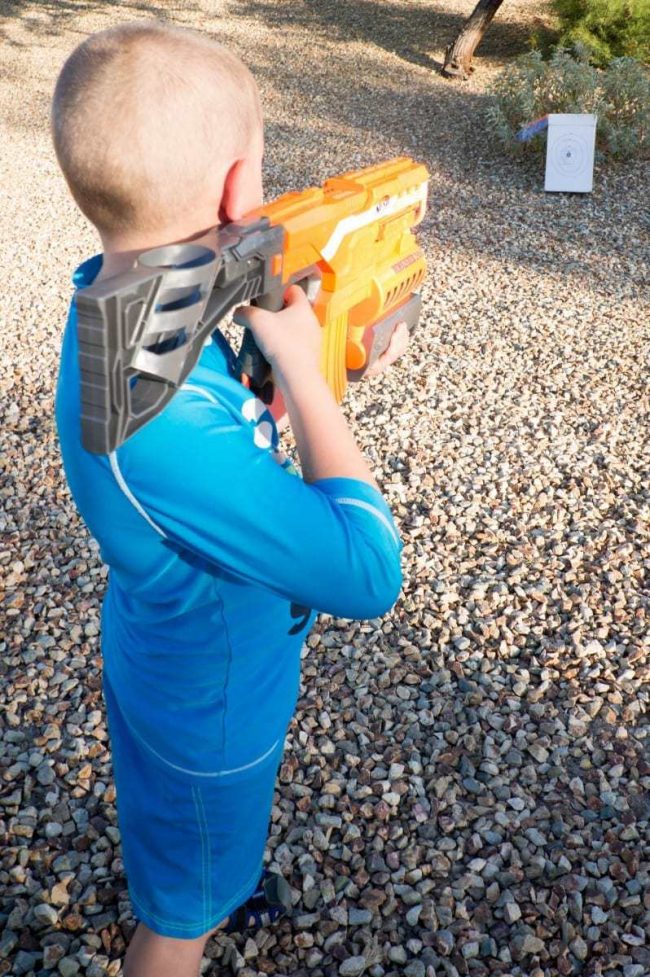 My boys (and my biggest boy, their dad), have had an absolute blast battling it out with the two NERF guns in our home. The new NERF N-Strike Elite Demolisher 2-in-1 Blaster is powered with 4 AA batteries giving the foam bullets real power to start your own battle. It includes two different types of ammo from traditional NERF bullets and a soft missile launcher as well. 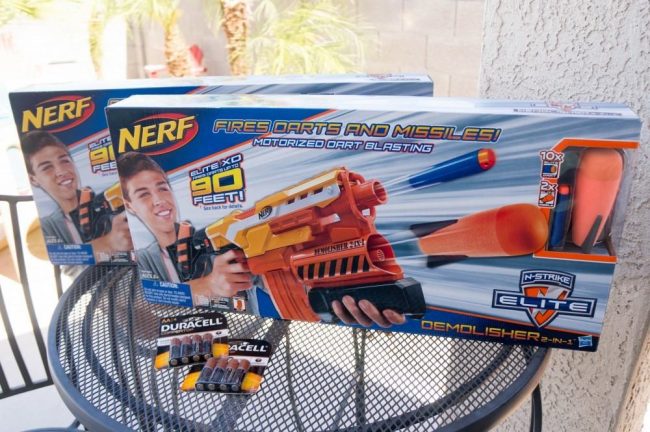 The set includes 10 bullets that can be loaded into a single clip so you’re ready with ammo and two missiles with a space to store your extra missile on a detachable stock. 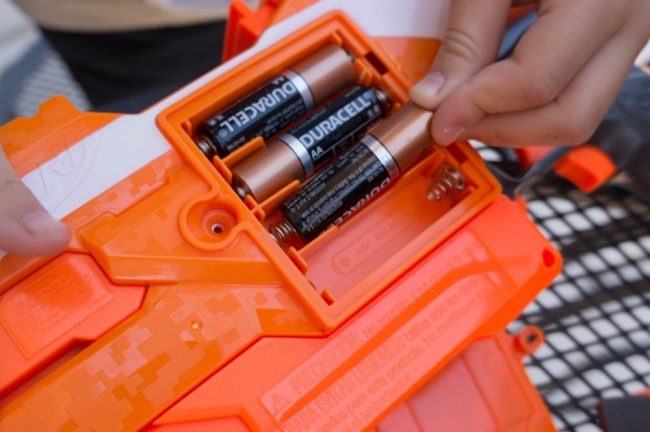 The key to having fun this summer is ensuring you have Duracell batteries on hand to keep the fun going and going. The batteries were easy to install, and really give the bullets some flying power that makes it great for outdoor play and shooting longer distance, up to 90′! 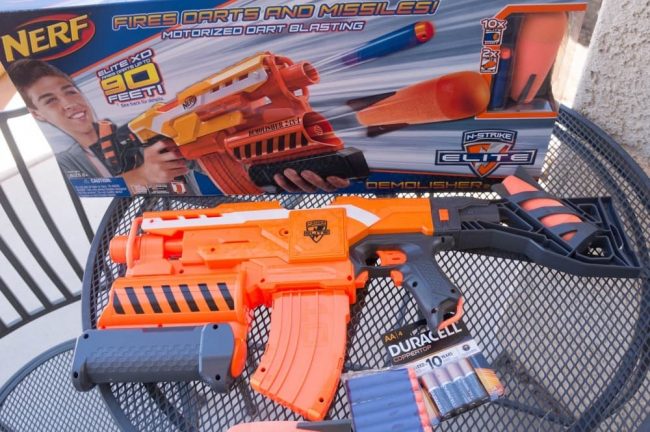 How will you keep your boys active this summer?

Sports and anything outdoors.

I don't have boys but I would imagine a lot of outdoor activities.

They stay active by spending a lot of time at the pool.

My boys love trips to the water park and their backyard fort!