With a household of boys – one thing I know is what toys boys love! We’ve tried so many different toys, but there are a few toys that are always a fit an essentials if you have a home full of boys. 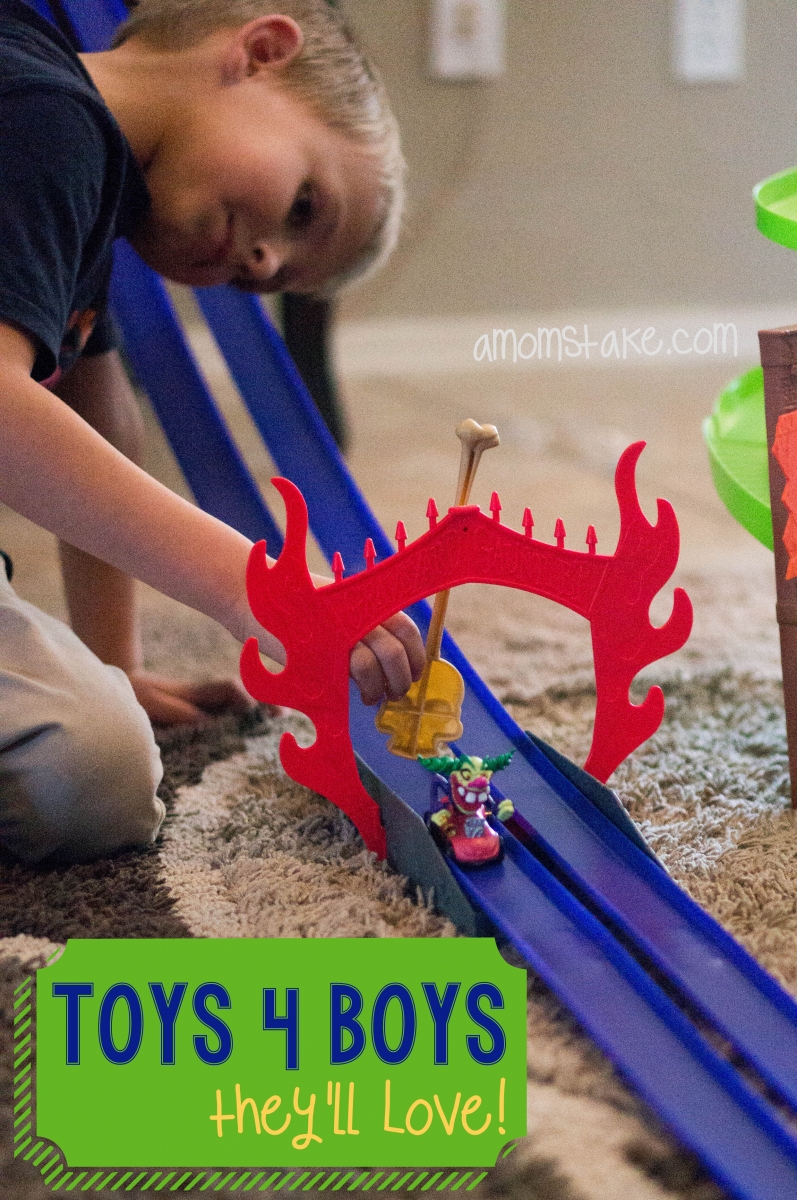 Trains – Boys love putting together the tracks and can spend hours pushing trains across the tracks.

Balls – Whether the balls are for bouncing, throwing, catching, dribbling, balls are always a hit even from the youngest ages.

Cars – Driving around a pint sized or full sized car and of course adding in their own “vroom-vroom” seems ingrained in little boys.

Action Figures – If you want to see story lines and creative play come out in your boys, hand them a few action figures and watch them play. Boys often turn play into wrestling so don’t be surprised, but you’ll notice other stories unfold as well.

Marbles – You can captivate hours of play with tiny marbles and a fun track or path. Marbles aren’t appropriate for young children, though.

I am a Monster 500 Blog Ambassador. This post is part of a sponsored campaign. I received compensation for my participation, but my review and opinions are my own.

We got to check out a new line of toys for boys called Monster 500. It combines what your boys love about tracks from trains, cars, and action figures all into one cool toy that is great for boys ages 3 and up. Best of all, it’s a toy that’s cool enough for boys into their grade school years which is often a hard age to find toys they’ll love. 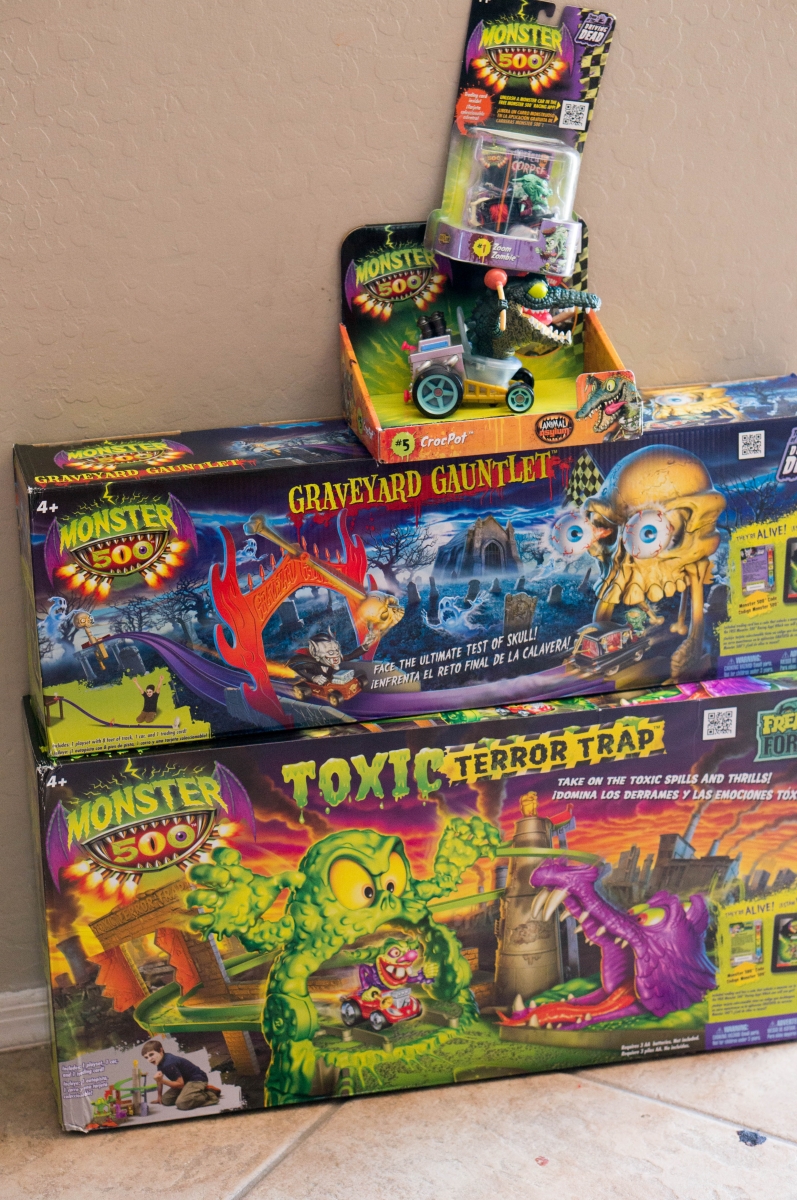 When our box of samples came, my boys were literally screaming in excitement and exclaiming how this was the “best day ever” and how those were the “coolest toys.” My 3, 5, and 7 year old boys were all thrilled to check out the new toys. 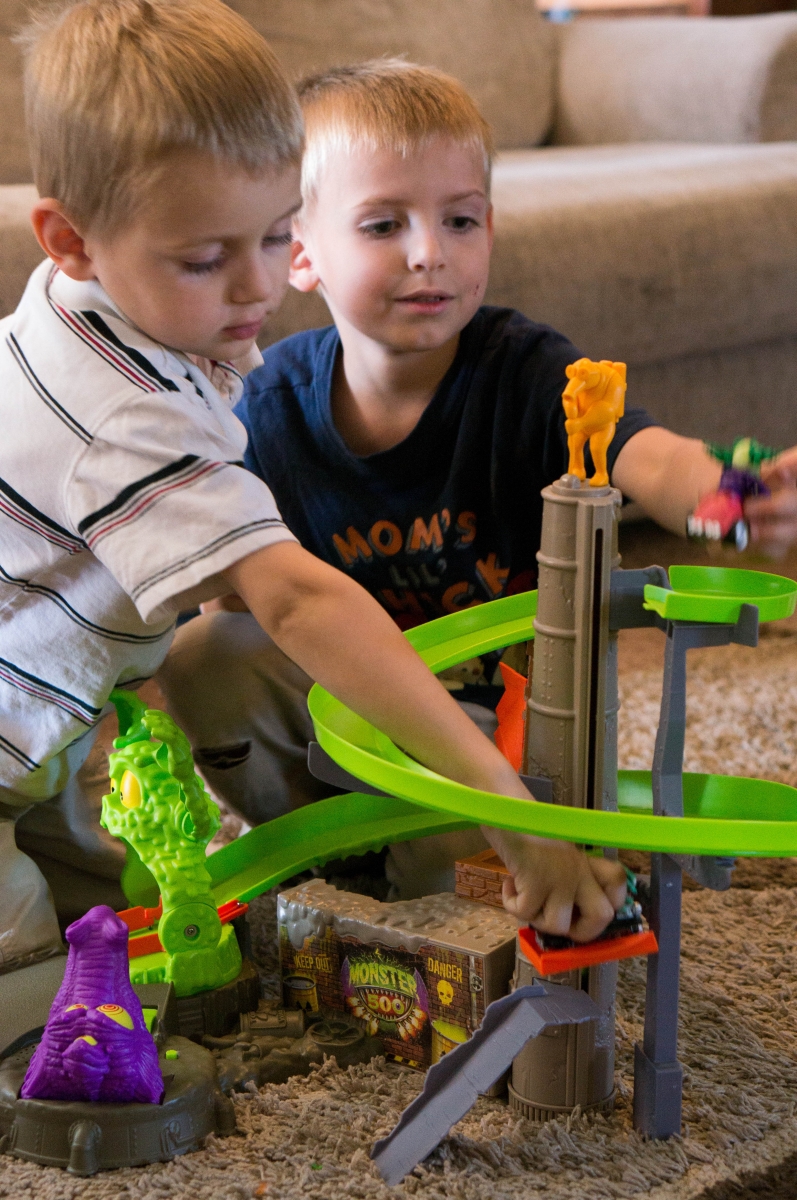 We open the Toxic Terror Trap first, a tracks set that loops around and down where the cars get caught by the alligator at the bottom of the track. Everything about these toys screams boys! From the bright, fun colors to the details of slime and crazy eyes on the alligator.

The track has enough room to interact and play that my three boys all crowded around and played with the playset together. It took us a while to figure out, but the lower gates have to be upright before you raise the slime monster in order to keep him standing. There was a bit of a struggle trying to get that part figured out, but since it’s been all fun and games.

My boys love their Monster 500 cars. They are characters that they think are cool with zombies, monsters, and scary animals too. My 3 year old likes to carry the cars with him wherever we go. 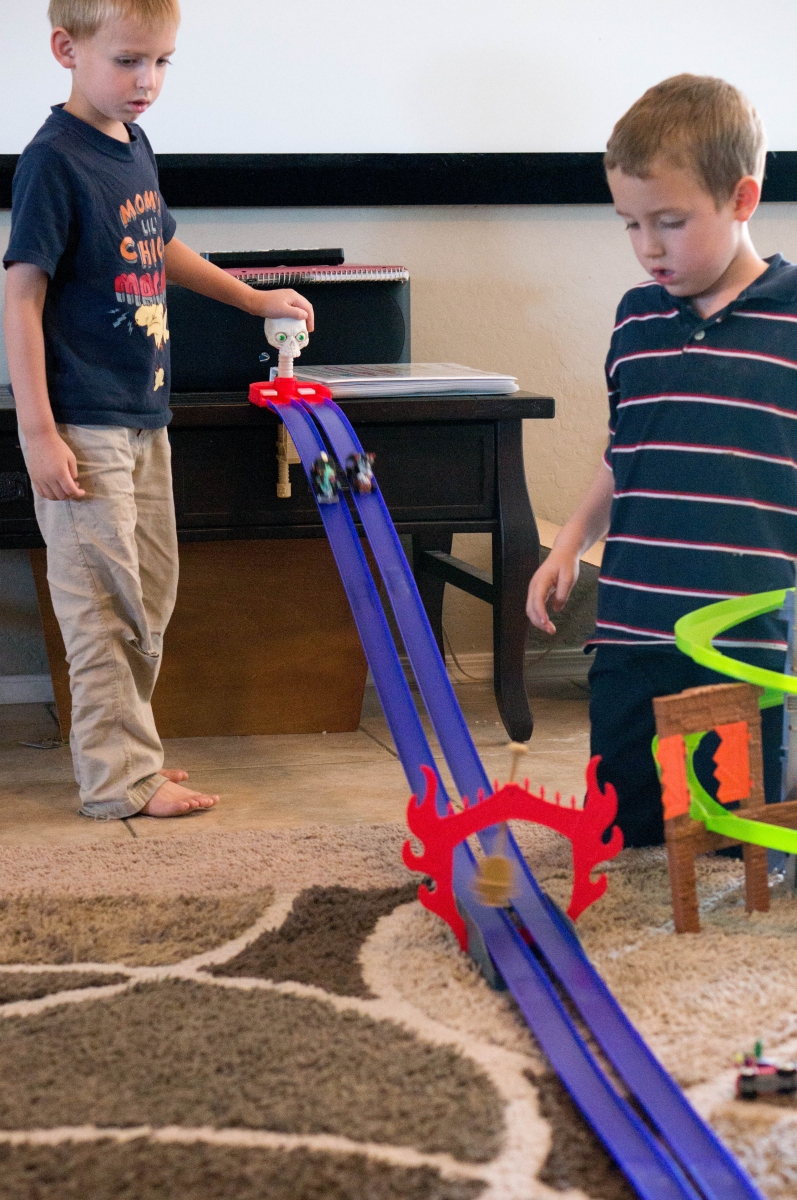 Next, we set up the Graveyard Gauntlet – a cool race track that’s over 8′ long with dual side-by-side tracks. My boys have spent hours and hours racing against each other with these tracks. You set up the tracks off a table or chair using an adjustable clamp. One person spins the gauntlet in hopes that their car doesn’t get hit and then a press on the skull and the die cast cars go zipping down the track on a race. 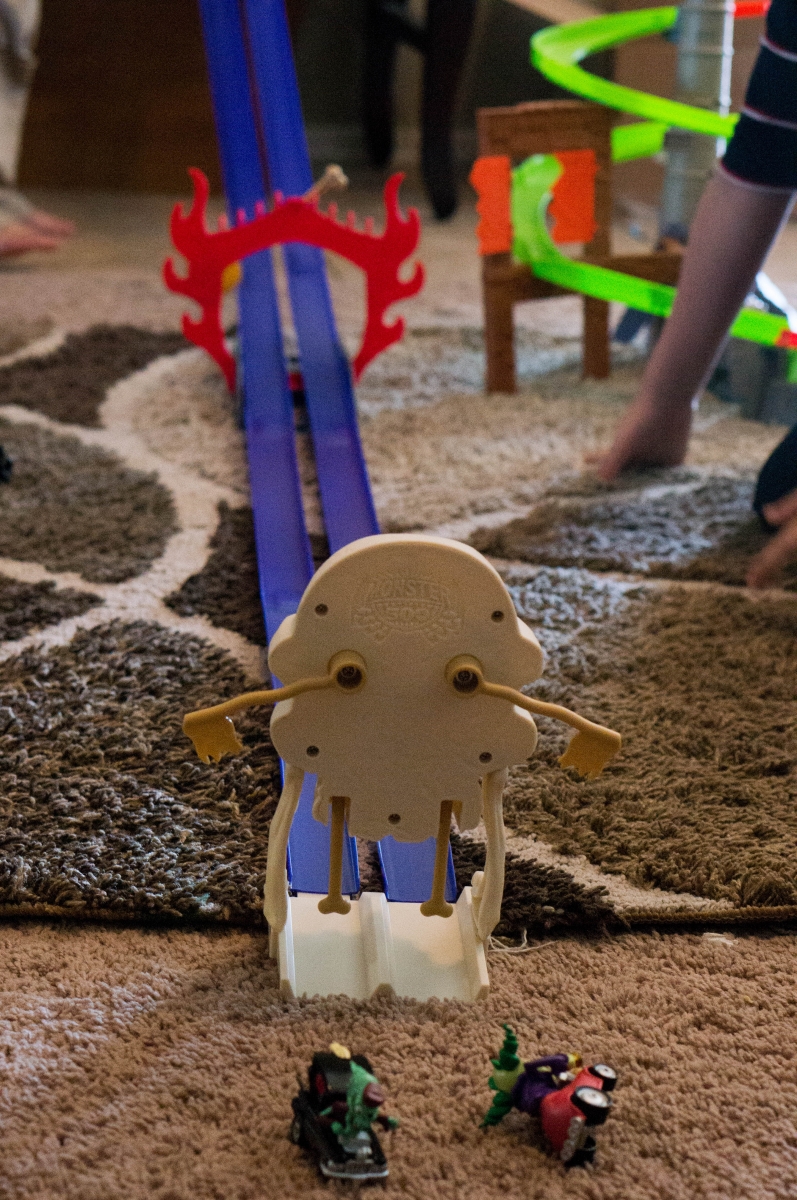 It’s really easy to see who wins the race. The first car that makes it through triggers their flag to raise. In the rare chance of a tie, both flags are raised halfway. My boys loved the flags, and giggled when they tied excited about the race.

If you’re looking for a fun toy for boys that will entertain kids as young as 3 up through grade school ages, Monster 500 is a perfect match! They are very affordable, too. The Graveyard Gauntlet is just $19.99 and the Toxic Terror Trap is $34.99. 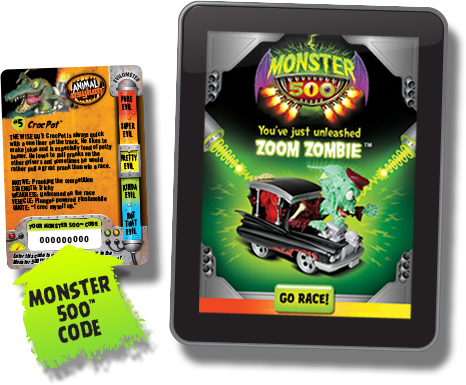 Monster 500 even has a fun app for more fun on the go. The Monster 500 Racing App is a FREE app in the App Store and on Google Play. You can unlock new monsters with the code on the Monster 500 Trading Cards

Would your boys love Monster 500? What’s their favorite toy?

You are absolutely correct. These are five classic toys every boy enjoys. You have an absolute winner when you put two or more of them together in one toy.

My son would LOVE this race car track. They have one like it at school and it's all he talks about.

My boy absolutely loves trains. He always has!! Those are all fun options, and anything with a track is always a huge hit!

My nephew LOVES trains. He's been loving all the Thomas the Tank Engine stuff at Walmart lately.

I'm going to hold on to this list for my son! Thanks for sharing!