I received admission for Peter and the Starcatcher in exchange for this post. All opinions are my own. 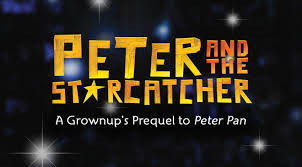 When I was little my parents gave me and my brother tickets to a broadway production of Phantom of the Opera, my love for the stage was born! Since then I have seen many shows in different theaters around the country. There is something so magical about seeing a live production, so much more intimate and entertaining than a movie screen. 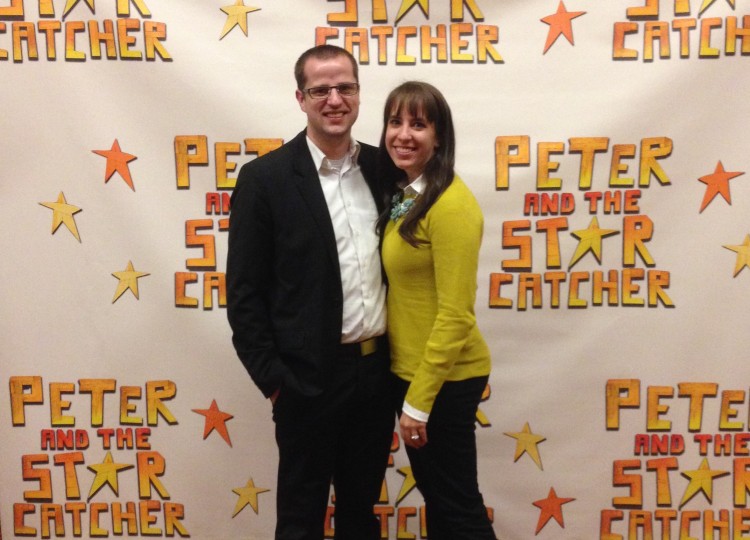 Last night I was able to see Peter and the Starcatcher at Gammage Auditorium in Tempe, Az. It was incredible, smart, touching, and completely hilarious. I honestly laughed until tears ran down my cheeks.

The small cast of only a dozen or so actors play numerous characters and transform the stage into different scenes and places using the most creative stagecraft techniques. This grownup prequel to Peter Pan will have you smiling and laughing along with Boy, Molly, and Black Stache the pirate, in this 5 time Tony Award winning play!

Wether you are looking for a fun way to switch up date night from dinner and a movie or somewhere fun for a night out on the town as a family, Peter and the Starcatcher is the way to do it. If you are local it is playing at Gammage Auditorium in Tempe daily until January 19th. Check here to see if it is coming to a city near you and get your tickets! Prepare to laugh until your sides hurt as your imagination takes flight!

I had the chance to ask Ben Beckley, a cast member, some questions before the show. He had some fun things to say about the production.

Can you tell me a bit about the show and what drew you to it?

PETER AND THE STARCATCHER is unique.  There are songs and poems and eight different accents and dozens of different characters and (sort of) dancing.  Also, the staging is very theatrical – high-energy storytelling that evokes the magic of kids at play.

Is the show good for kids? How have young people been responding to the show?

It’s recommended for ages ten and up.  It features two young (13-year-old) protagonists, who have to learn (very quickly!) to become heroes, in order to foil the dreaded Black Stache.  It’s also–as I mentioned above–high energy and playful.  It’s a really fun show — as much fun as I’ve ever had onstage.

You understudy multiple roles in the show. Which character is the most fun to play?

Smee!  It’s great to play a character everyone knows, especially a guy who is so sweet, so eager and so dumb.

Which character is the most difficult to play?

Fighting Prawn.  I’m not a king and I’m not a mollusks, so it was a little intimidating to figure out how to play the king of the mollusks.  (It’s also a great role.  Almost as much fun as Smee.)

What is their favorite part of this particular production?

I love how the design and the physical storytelling in the show reflects kids at play.  Instead of having medals on his jacket, Lord Aster, the dignified minister to the Queen of England, has keys on his jacket, as if he were playing dress up.  Fighting Prawn has an oversized top hat.  The “ocean walls” in Act II are made of recycled plastic.  A rope becomes a door and the bow of a ship and the ocean waves beneath it.  It’s amazing!

What is your favorite role that you have ever performed?

What is your dream role?

It would be fun to do George in WHO’S AFRAID OF VIRGINIA WOOLF? and Don Quixote in MAN OF LA MANCHA.  But my real dream role is probably something yet to be written.  I love new plays.

Have you read the book series to Peter and the Starcatchers?

I haven’t.  But I love PETER PAN, and also PETER PAN IN SCARLET.