I received complimentary family admission tickets to the Blue Man Group show in exchange for this review. Opinions are my own.

One of the absolute highlights of our family vacation to Orlando was going to see the Blue Man Group show! This is a family friendly show that uses an improv style humor with lots of audience interaction and some awesome effects of lights and paint to entertain. 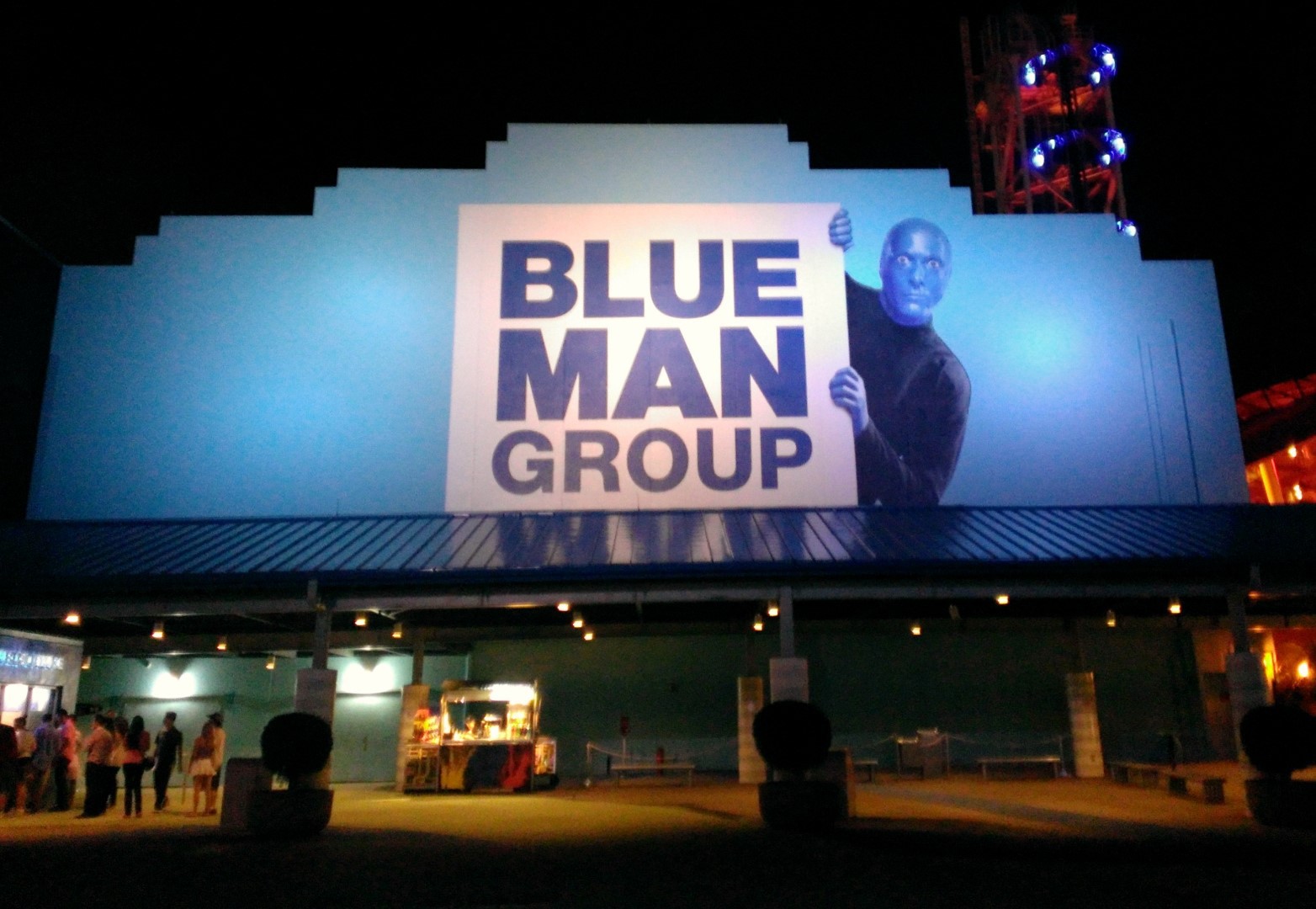 Blue Man Group is part of the CityWalk at Universal Studios, an open area to shop, hang out, dine, and just enjoy a nightlife experience. The CityWalk area was such a hoppin’ happenin’ place at night! If we weren’t rushing to get to the show, we would have loved to hang out around the shops and join in on the non-stop party! 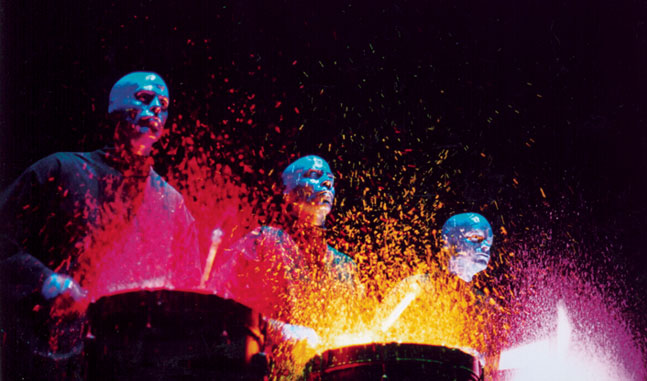 We got to the show just a few minutes before it began, thank goodness we weren’t late! A few minutes into the show, a couple walked in late and Blue Man Group stopped the whole show to call out the late arrivers! It was hilarious, but I’m SO glad it wasn’t us!!

During the show they play with black-light paint that makes a huge mess all over the stage as they drum along. It was really cool to watch! Another favorite moment with the paint is when they selected a volunteer from the audience and made a masterpiece using him as the prop. They secured him by the feet, hung him upside down, painted him, then slammed him into a canvas! It was so funny and actually made a pretty cool looking piece of art. 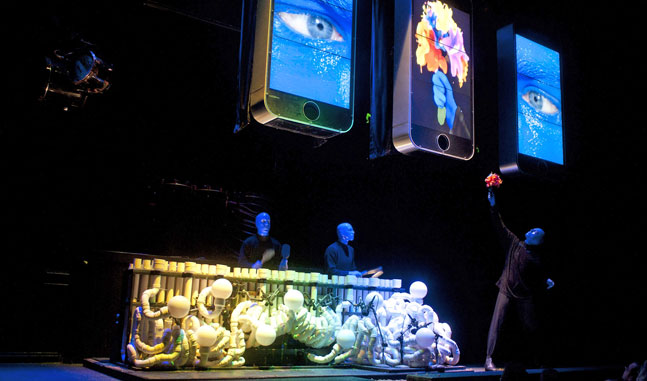 The boys loved the musical section that they created using paddles and PVC pipes. The group also introduced a new part to their act, with giant tablets they played and interacted with during the show. 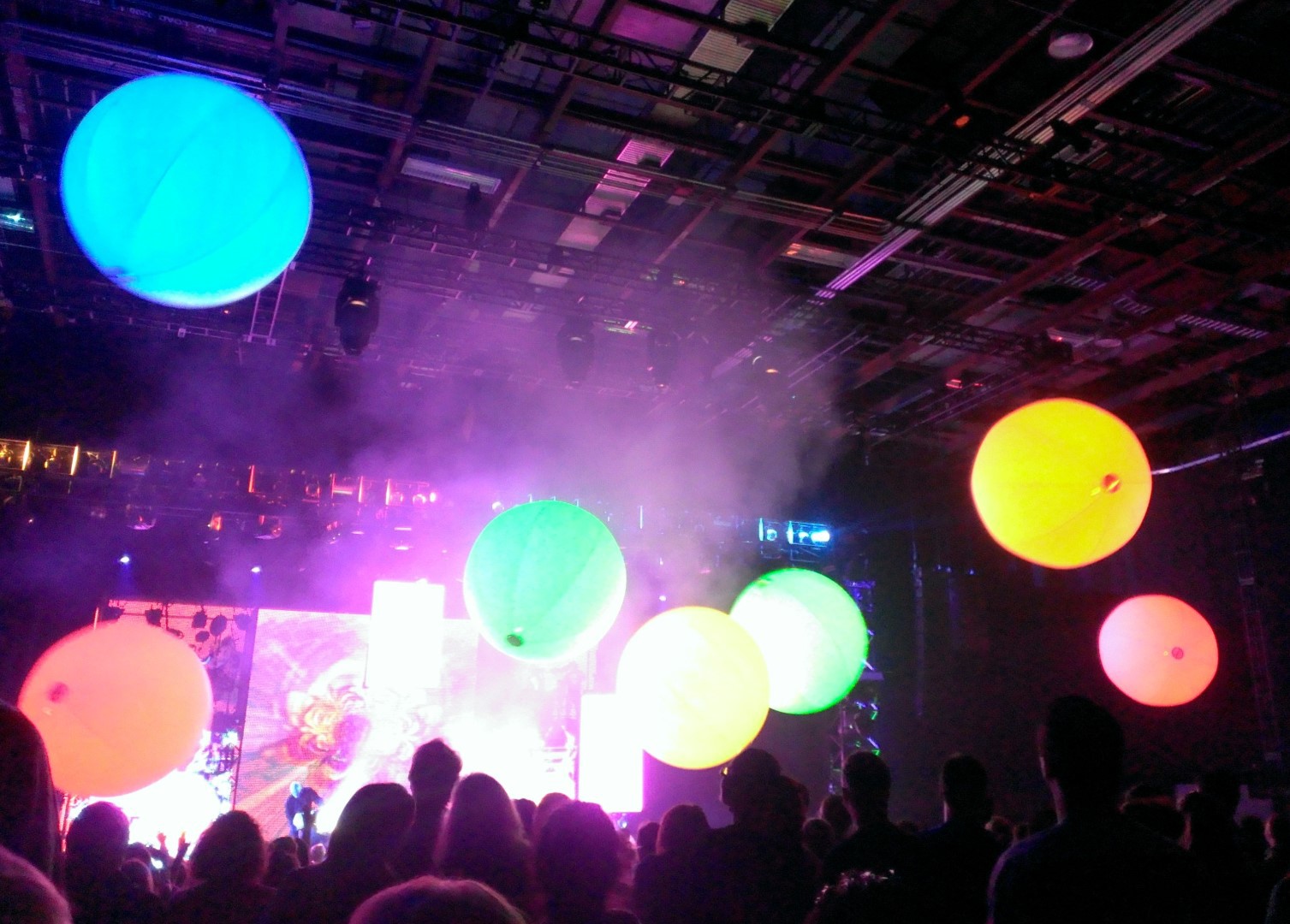 The show ended with an exciting conclusion! Massive “beach balls” fell from the sky that were light up with all sorts of bright colors. The crowd got to hit the balls launching them around the auditorium. My kids loved the balls and tried to do hit them whenever they came close.

What makes Blue Man Group really unique and interesting is they have quirky down to an art! They communicate without talking using their body language to the extreme to get their jokes apart. This is one show you won’t sit on the sidelines and stare blankly at the show. Instead, you’ll be immersed in all things Blue Man Group including shaking your bum, literally, right along with the crowd.

We really, really enjoyed the Blue Man Group show! My boys stared in awe and busted up in laughter throughout the show. It’s a must see show, especially for families!