I received tickets to the season announcement event in exchange for this post. All opinions are my own.

This year ASU Gammage is celebrating it’s 50th anniversary. This iconic Frank Lloyd Wright designed building has been at the heart of artistic entertainment in Arizona since 1964. In honor of this huge anniversary year, ASU Gammage has announced an incredible line up of shows. If you live here in Arizona, this is a season that should not be missed! Check out what is headed our way: 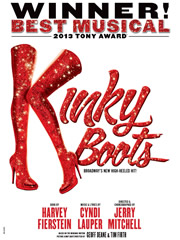 Winner of six Tony Awards, including best musical, and an award winning score by the one and only Cyndi Lauper, this musical is sure to lift your spirits. Kinky Boots tells the tale of a struggling shoe factory owner who turns things around with a little help from Lola, a performer with a need of some stilettos.

Back for the first time in 40 years, Pippin tells the story of a young prince on a journey to find meaning in his existence. What kind of life will he choose? A simple one or risk it all for a chance at glory? Featuring Bob Fosse style choreography, this is a show you won’t want to miss. 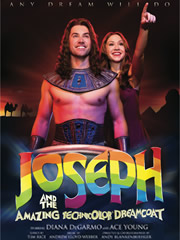 Tim Rice & Andrew Lloyd Webber’s JOSEPH AND THE AMAZING TECHNICOLOR DREAMCOAT is the family musical about the trials and triumphs of Joseph, Israel’s favorite son. Join American Idol sweethearts Ace Young and Diana DeGarmo as they tell the biblical story of Joseph and his brothers. 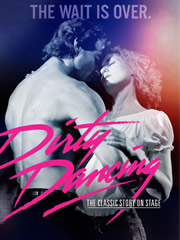 Baby and Johnny are back in this stage adaptation of the hit film. Filled with all your favorite songs and sizzling romance and of course some amazing dancing, this show has been seen by millions across the globe. 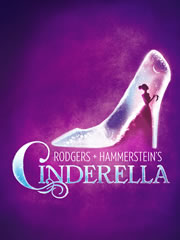 It is true that one great pair of shoes can change a girl’s life! The creators of South Pacific and The Sound Of Music bring us a favorite fairy tale sure to enchant audiences everywhere. It includes all your favorite, iconic Cinderella moments, plus a few new twists. 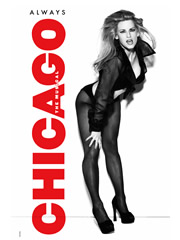 Chicago always delivers great dancing, singing, performing and All That Jazz! It is no surprise that  CHICAGO has been honored with 6 Tony Awards, 2 Olivier Awards, and a Grammy! Whether you have seen the movie or the live show, now is the perfect time to relive this iconic Broadway hit. 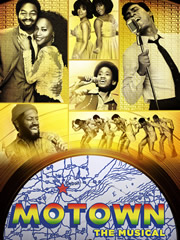 After seeing several performances from this show, I can’t wait to see more, this show should not be missed! Motown The Musical tells the true story of Motown founder Berry Gordy’s journey from boxer to the music mogul who launched the careers of Diana Ross, Michael Jackson, Smokey Robinson and many more. 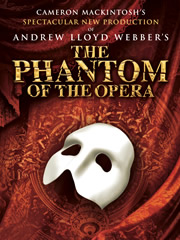 A show that truly needs no introduction, Andrew Lloyd Webber’s Phantom Of The Opera is here after a sold out tour of the United Kingdom. Critics rave that Cameron Mackintosh’s spectacular new production is  “bigger and better than ever before.” I have already seen Phantom before and it is a treasured memory of mine. this show truly made me fall in love with the stage. I can’t wait to see it again! 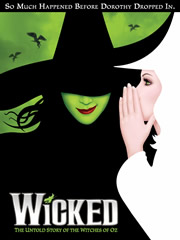 Sending the season out with a bang, we are lucky enoug to have Wicked back in the Valley of the Sun. Telling the “true story” of what really happened in Oz before the girl from Kansas arrives, this musical is a must see. With an amazing cast and incredible score, there is a reason it sells out across the country over and over again.

What an amazing line up! If you are here in Arizona, I hope you will take the chance to celebrate ASU Gammage‘s 50th year by experiencing a night at the theater at one of these shows! I know I will be! You can find more information about shows and tickets from their website.