In the world we live in these days, wifi is our life line! With our phones, tablets, lightweight and portable laptops, even kids gaming devices now all depending on an internet connection it’s good to know that you have options! You can create your own internet hotspot – wherever you may need one!

With a NETGEAR AT&T Unite mobile WiFi hotspot you can connect up to 10 WiFi devices all at the same time. It has up to 10 hours of battery life per charge to keep it going. With an intuitive touch screen and all the network details and data usage right on the home screen, it’s easy to track your usage. 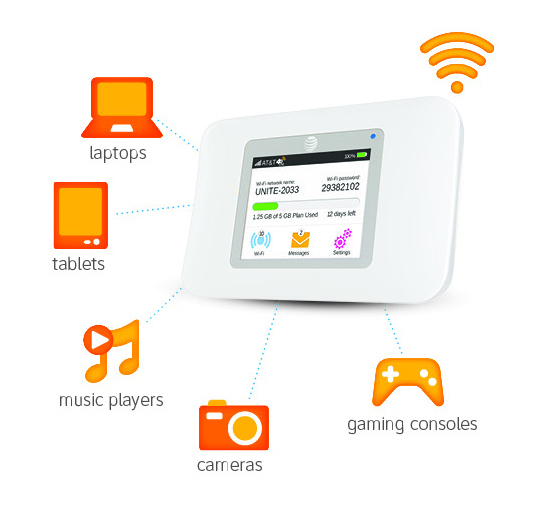 A few months back, I spent every Tuesday waiting at my son’s play practice for two hours. The practices were a half an hour drive each way so it just didn’t make sense for me to go home and come back and there weren’t a lot of shops around so I just hung out in the parking lot or in the lobby for those two hours each week waiting for him during his practice. I would always pull out my cell phone and check emails and try to be productive during that time frame, but I often had slow internet speeds and it was hard to get much blogging done with a tiny on screen keyboard. An AT&T Unite would have been a dream come true to have two dedicated hours to blog away while I waited for him during his practices. Rather than feeling like a waste of time, it likely would have become my favorite day of the week to get a moment to think and be productive without the chorus of little ones (or my husband). 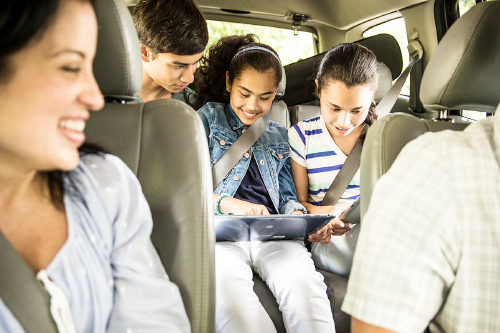 I also think it’s really great that AT&T Unite gives you options like a guest password that can be used for a one-time user to not have full privileges to your signal and the ability to block and unblock specific devices from connecting to the Unite! This would be so awesome for being able to share when asked, but not having to offer a permanent signal to your friends, co-workers, or others that see your signal and beg for connection!

Wouldn’t the AT&T Unite be great for keeping the kids distracted at Doctor’s appointments, unloading your pictures off your camera while traveling, or connecting your iPod at a friends house?

If you had an AT&T Unite, what devices would you hook up most often?