The fun found in the magical world of Disneyland is continued in a completely different way at Disney California Adventure Park. There, you’ll find more of a carnival feel throughout the rides with Carousel’s, Bumper Cars, and even an enormous Ferris Wheel!

But that’s not all there is to enjoy, Disney California Adventure Park also has some amazing attractions unlike what you’ll find at other amusement parks! Like the attractions Soarin’ Over California, Disney’s Aladdin – A Musical Spectacular, Redwood Creek Challenge Trail full of obstacles, and of course a super fast and long roller coaster California Screamin’ to complete the park. 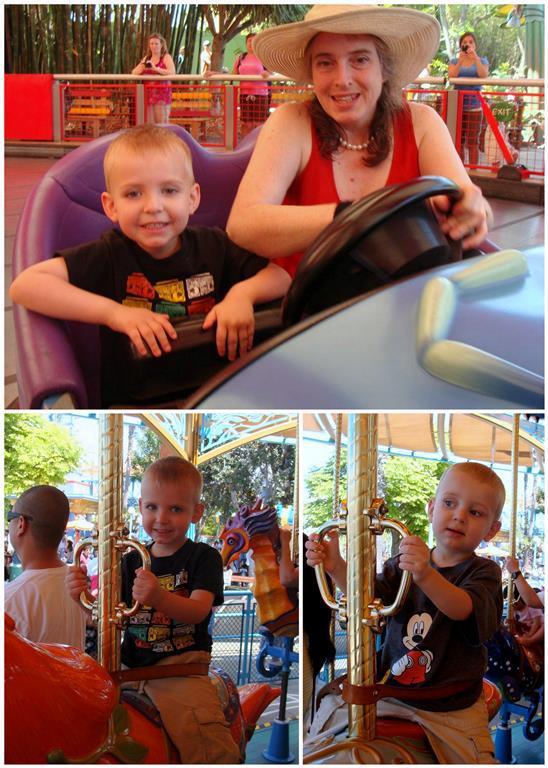 My boys enjoyed going on all the carnival favorites that quickly grabbed their attention and became “must” do attractions! We spent a while dedicated to “a bug’s land” and all the kid friendly rides we could find there.

I also took them to the “It’s Tough to Be a Bug!” funny and entertaining 3D show that sprays water at you as if it was bug spray and even seats that bump at you as the “bugs” leave the logs you are seated on at the end of the show. It’s a fun and clever show, though it can be a little bit scary for the little ones as it is dark and unexpected elements throughout.

A favorite ride for the kids was The Little Mermaid ~ Ariel’s Undersea Adventure which takes you “under the sea” to explore her world. It’s a cute ride with a very quick line since you load onto the ride on a belt that continues to move. 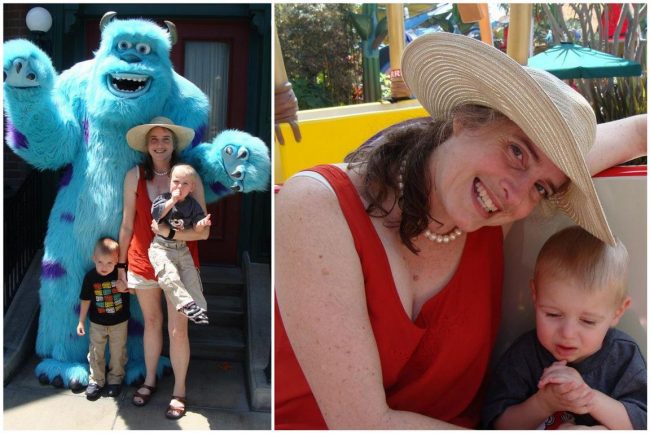 All of us adults and my five year old enjoyed going on the Grizzly River Run and loved that the FASTPASS got us through the line in less than 15 minutes! Another favorite was Soarin’ Over California which takes you soaring on a simulated hang glider to see some of the great sites throughout the State of California.

The best part of our whole day, though, was enjoying Disney’s Aladdin – A Musical Spectacular bring a favorite Disney animated film to life! The genie was hilarious, the music was great, and the show as engaging enough that even the little ones loved it! It was my first time to see the show and in my opinion it is the “can’t miss” attraction when visiting Disney California Adventure Park!

On June 15th, Disney California Adventure Park will be having its grand reopening! The park will be expanded with great new adventures and keeping in the favorites you’ve come to love. The new and improved park will include two new lands: Cars Land featuring Radiator Springs Racers, and Buena Vista Street with a brand new entrance way with modern gates and a 1920s interpretation of Los Angeles. Disney California Adventure Park will be closed on June 14th.

Disclosure: I received four 1-day admissions to Disney California Adventure Park in exchange for my honest review. I was not compensated in any other manner. The opinions expressed above are my own and any claims should be verified on the sponsor’s site.

would love to go soon to Disney California park

i always wanted to go to disneyland as a child. i finally went w/ my mother as an adult in the 80's to fl. it was nice, but my mother was a little hard to take at the time. she was a little over 65 and felt that she did not have to wait in lines, it was sort of embarrassing. she did ride some of the rides w/ me....cant believe who expensive it is to do today....

Thanks for the information. We have been saving to take our kids!! Can't wait!!