This post and giveaway is brought to you by AT&T. I received a complimentary device as a thank you for this post.

Did you know that AT&T’s network is ranked #1 for overall performance by RootMetrics for service in Arizona? They have been going out of their way to show Phoenix some love! AT&T has invested nearly $775 million into its Arizona networks between 2010-2013. That’s great news for me and all my Phoenix readers! That means reliable coverage with a network you can trust! Of course, if you’re not in Arizona, they’ve still got you covered! AT&T covers 99% of all Americans! Just check their coverage map for proof! 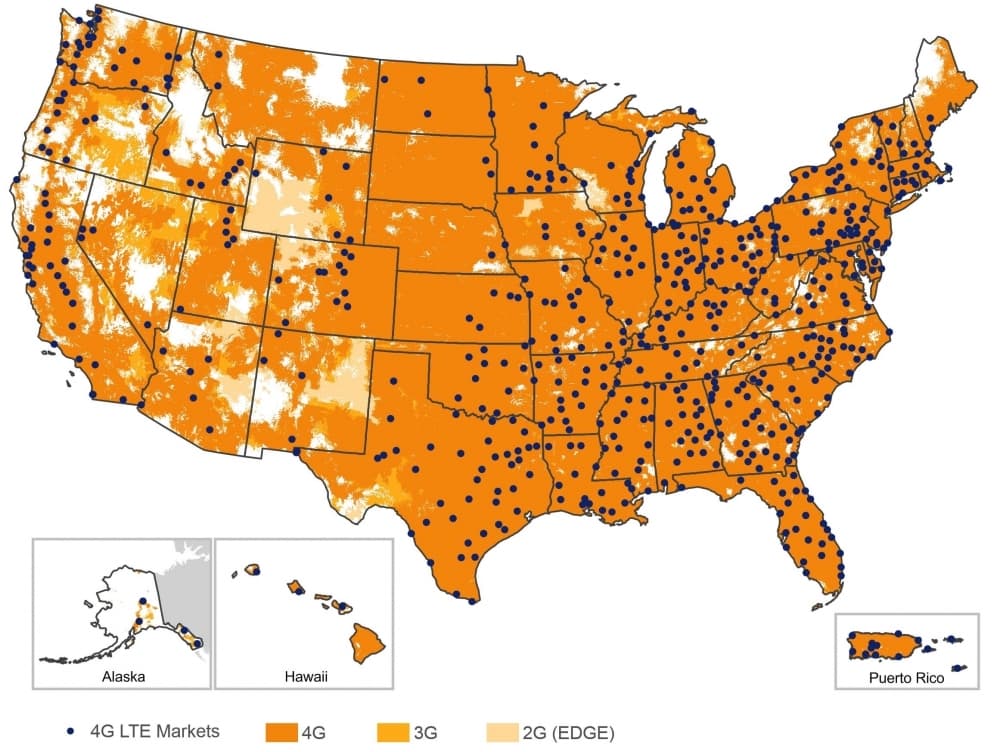 AT&T has a great limited time offer you won’t want to miss out on! When you join the AT&T network and purchase a G2, G3 or G Flex smartphone you can score an LG G Pad 7.0 tablet for just $0.99! *2-year wireless agreement or with AT&T Next required. 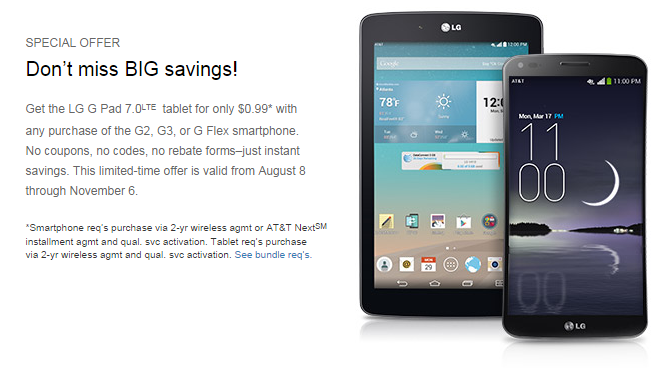 How awesome is that? The G2 smartphone with 2-year contract is under $100 or select your choice of G2, G3 or the slick G Flex phone with a monthly installment using AT&T Next and you’ll save $15-25 off your monthly service bill helping the phone to nearly pay for itself. *Savings compared to no-contract rates or month-to-month services.

Want to know why you’ll love the G Pad tablet?

And, because by now you’re learning how much AT&T really does love Phoenix (oh, okay and those other cities, too), they’re offering up a tablet to one A Mom’s Take readers! This giveaway is open nationwide. 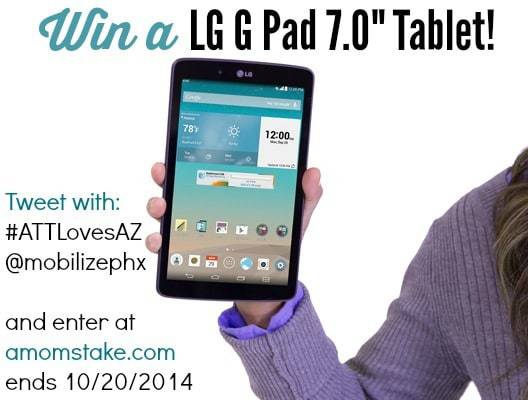 a Rafflecopter giveaway
Come back and tweet daily to increase your chance to win! You can customize the tweet, as long as you include @mobilizephx and #ATTLovesAZ along with a relevant tweet about the giveaway or one of the offers above! Just paste your daily tweet link in the rafflecopter form for entry!

Why do you love AT&T?

I had AT&T phone service until I got Comcast wireless.Now I have my tv,phone and computer all on one.I do like AT&T service. Thank you for the awesome giveaway :)

Unfortunately no, open to US only as stated in the rules.

AT&T IS A CARRIER HERE WHERE I LIVE. DIRECTV IS THROUGH AT&T. GOING TO GET EXEDE WHICH IS BROADBAND SATELLITE .AT&T IS NOW THE OWNER /CARRIER OF THIS SERVICE. AND THE BEST PART OF EXEDE IT IS UNLIMITED USAGE,UNLIKE THE ONE I HAVE NOW I CANT USE IN THE DAY.

Thank You for a Great Giveaway. I have been truing to win something like this so i can get on Instagram. i dont have a cell or smart phone.Would Love To Win. Good Luck To Everyone!!